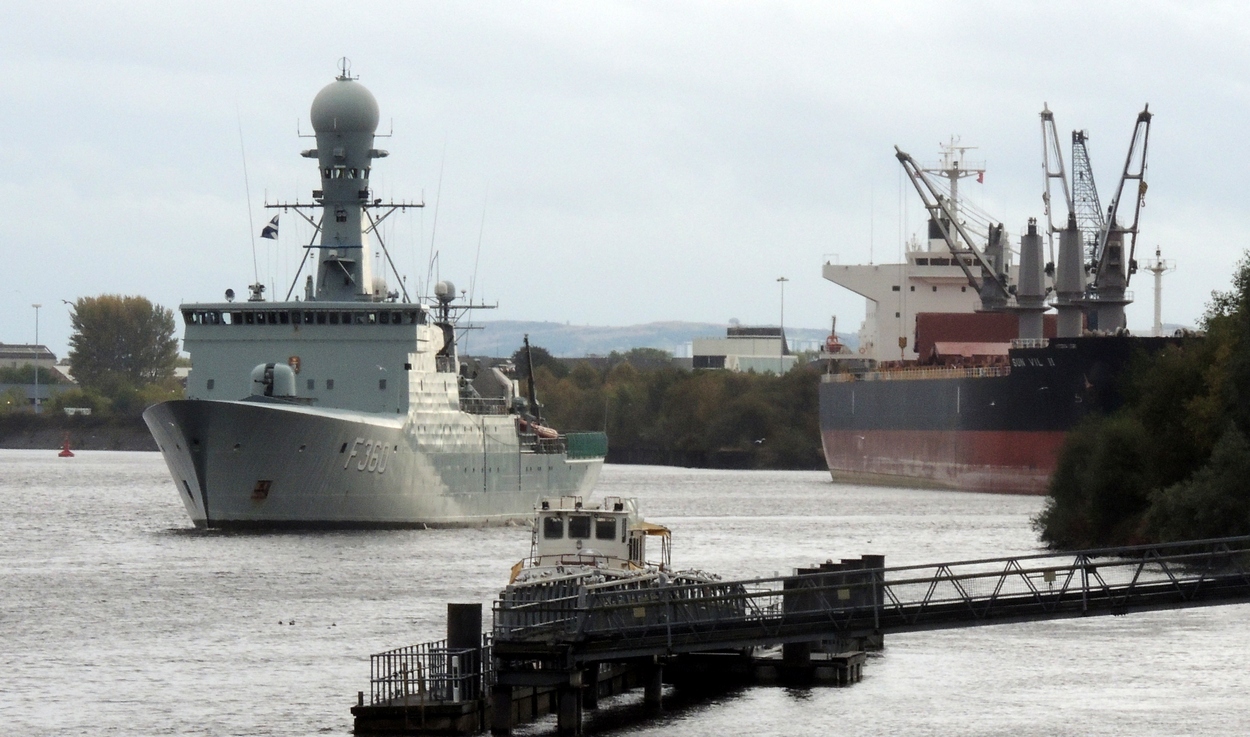 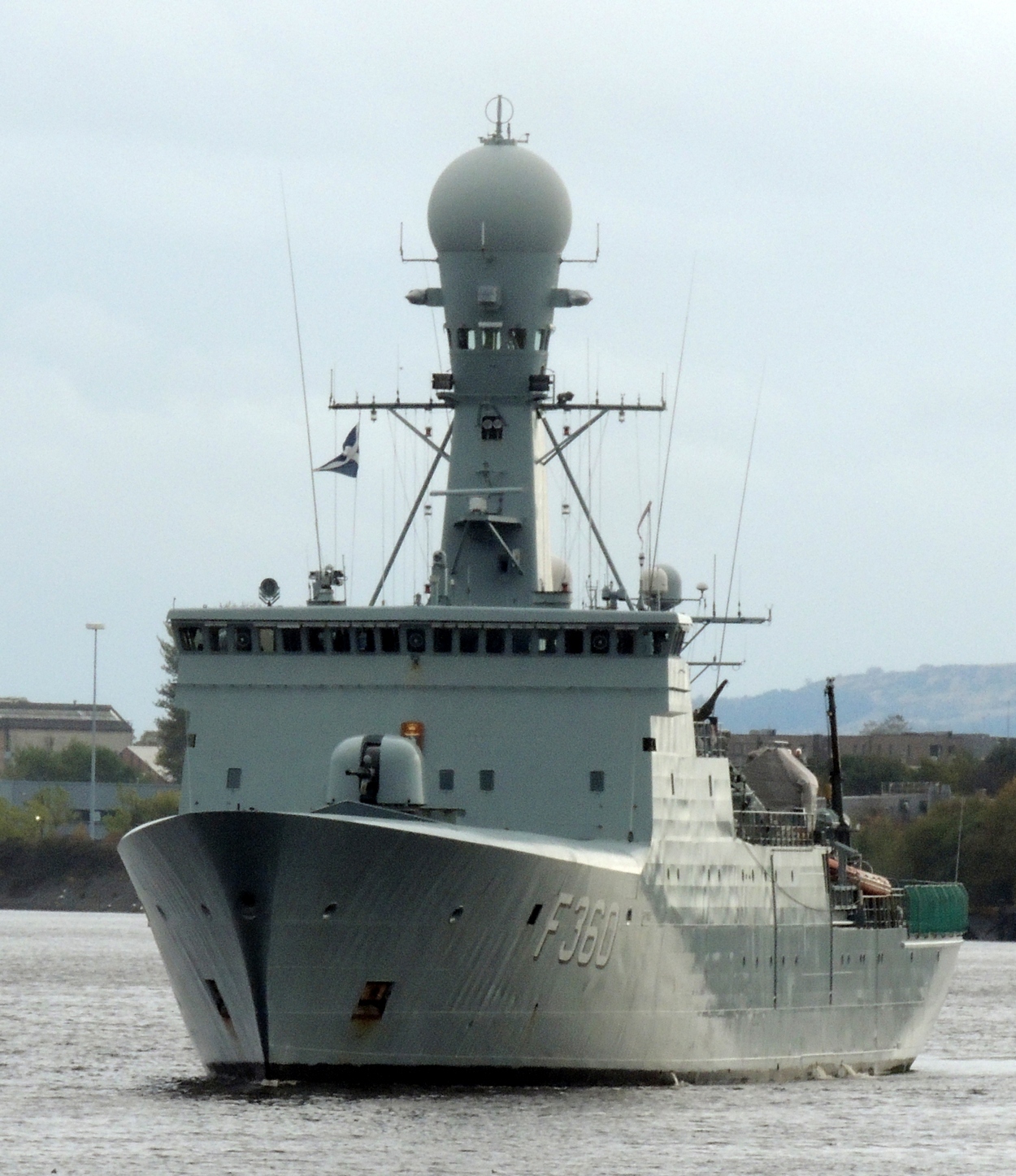 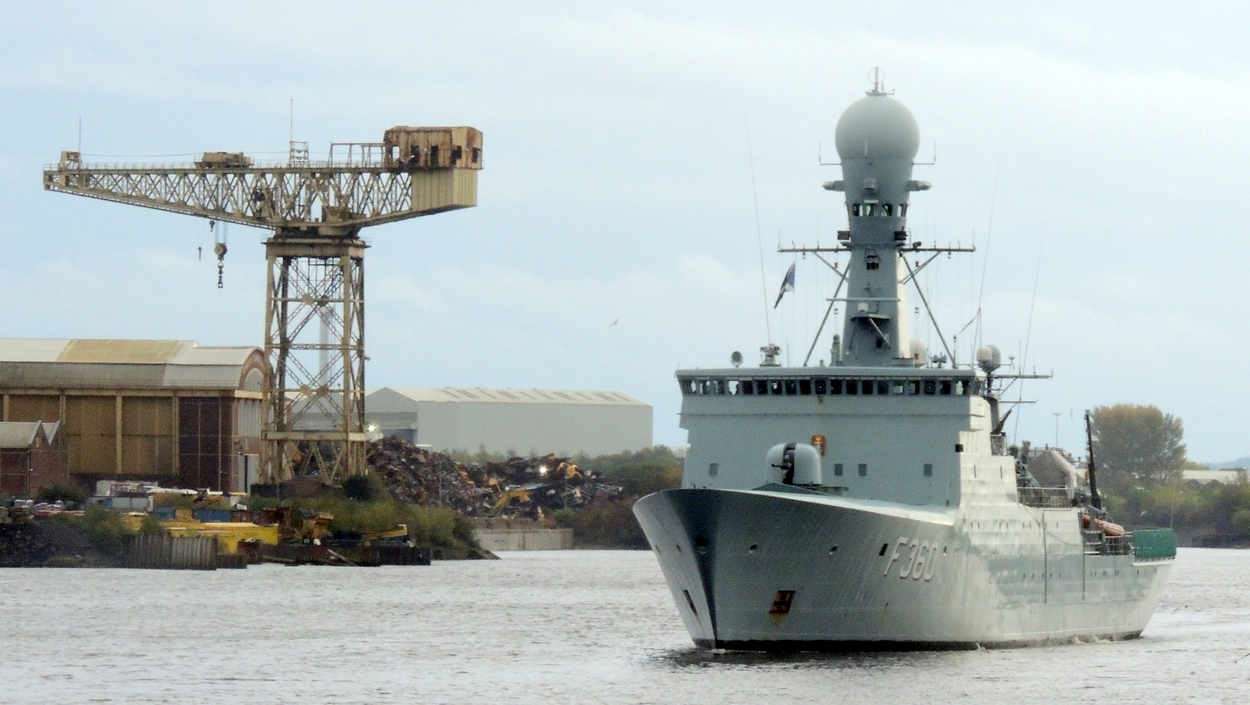 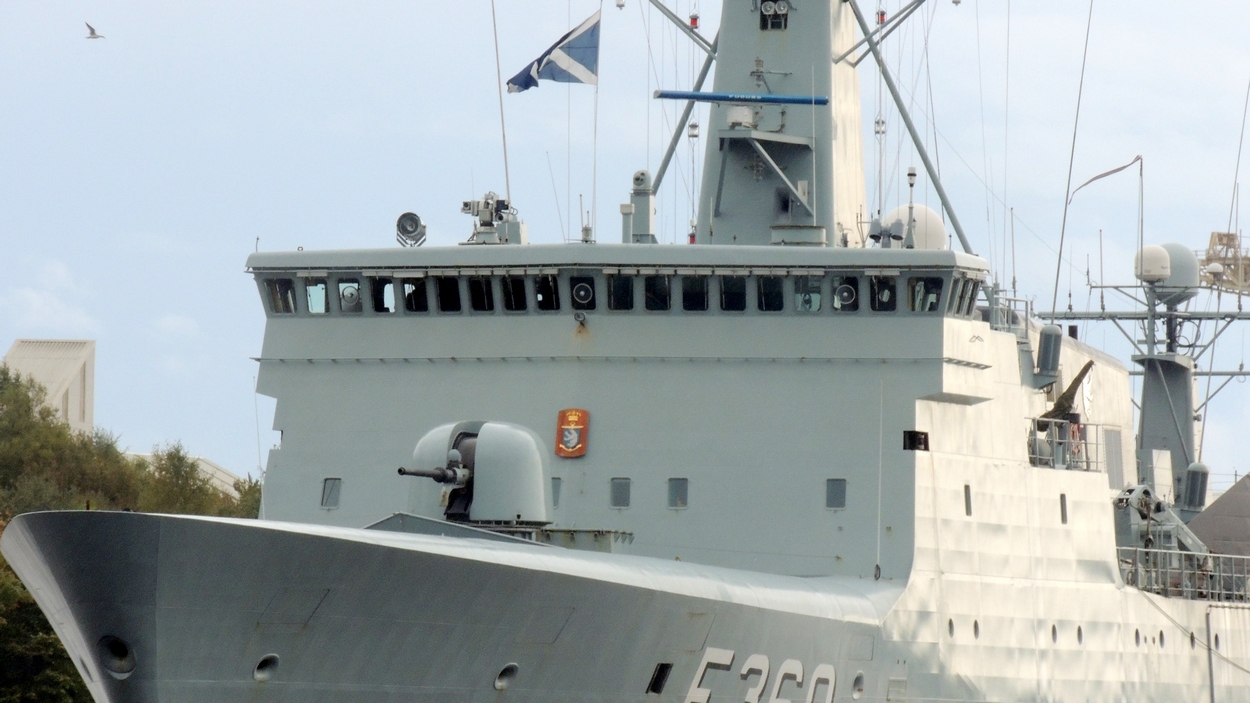 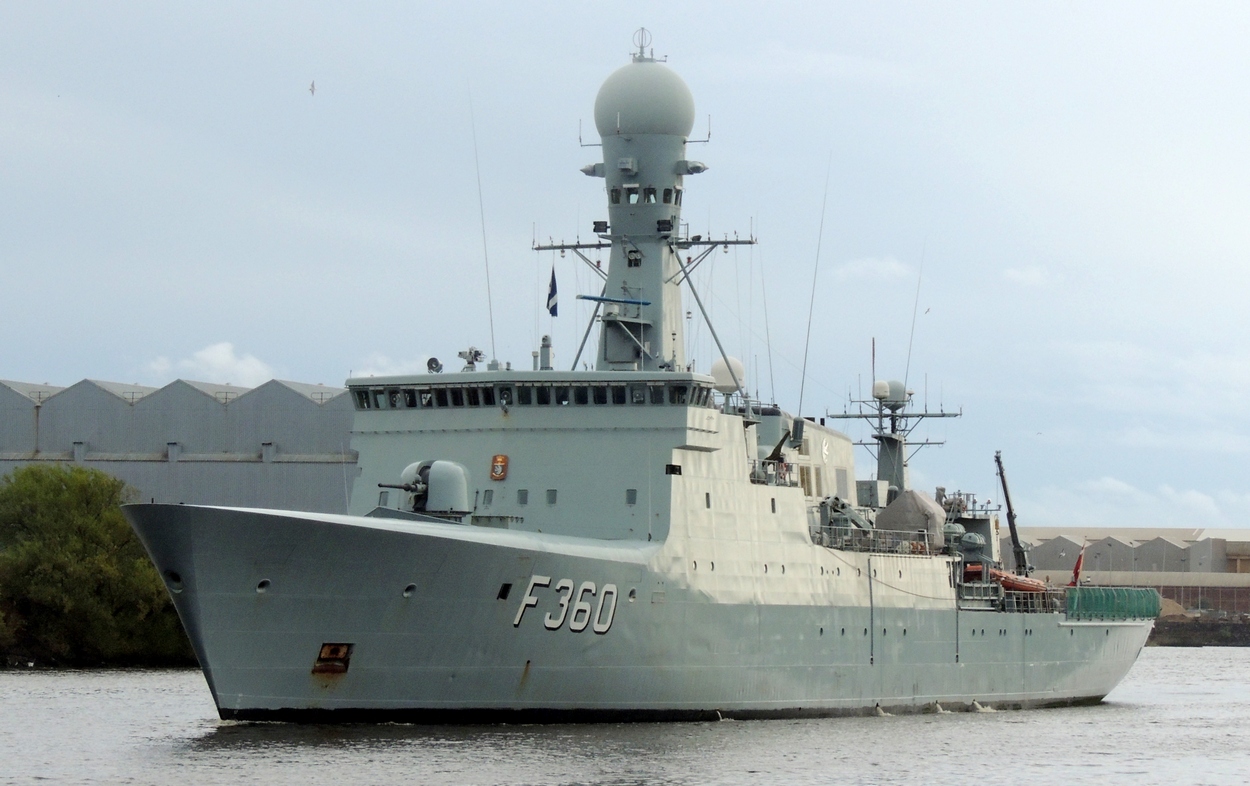 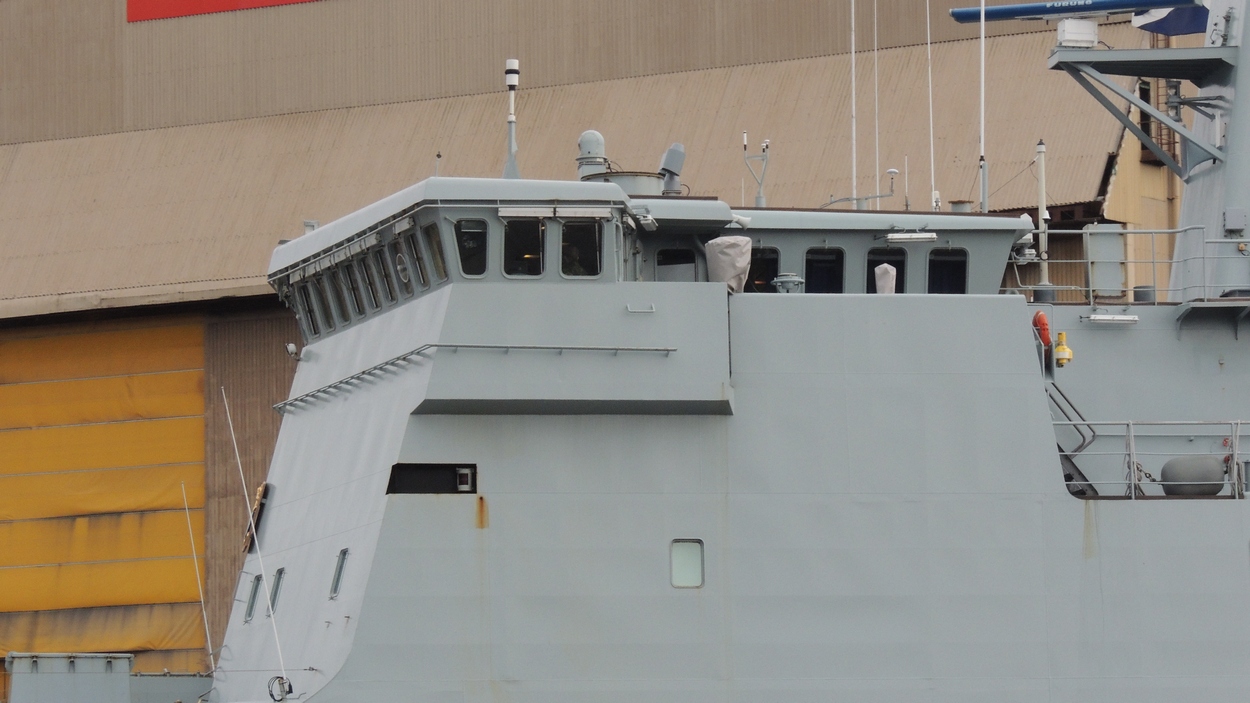 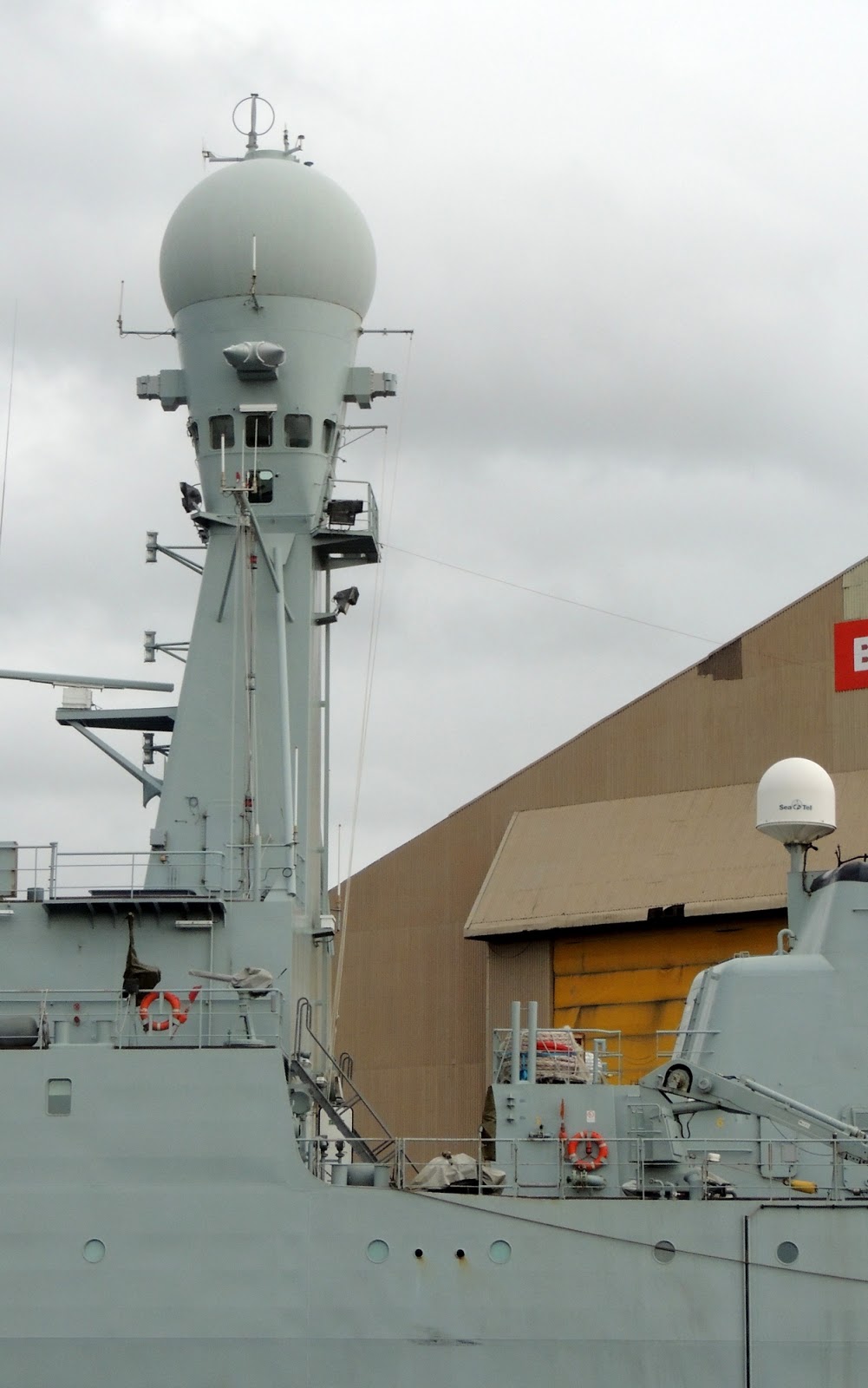 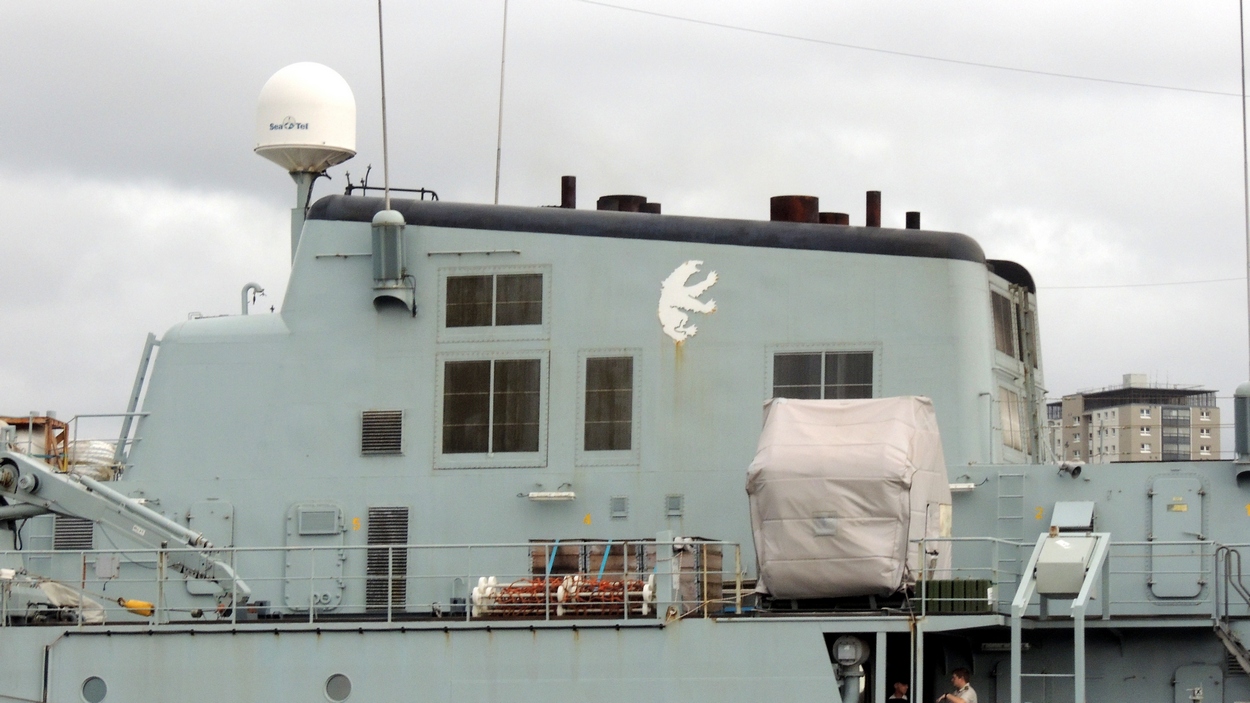 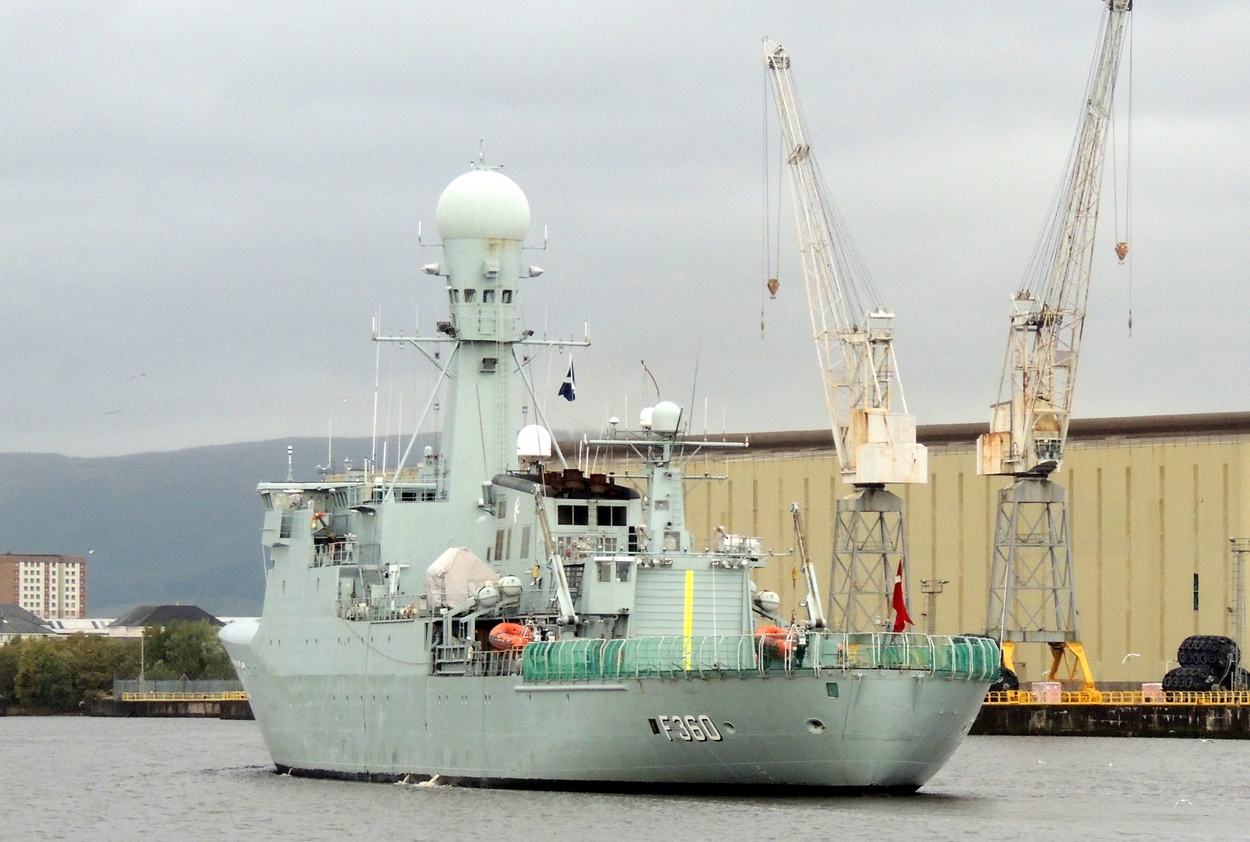 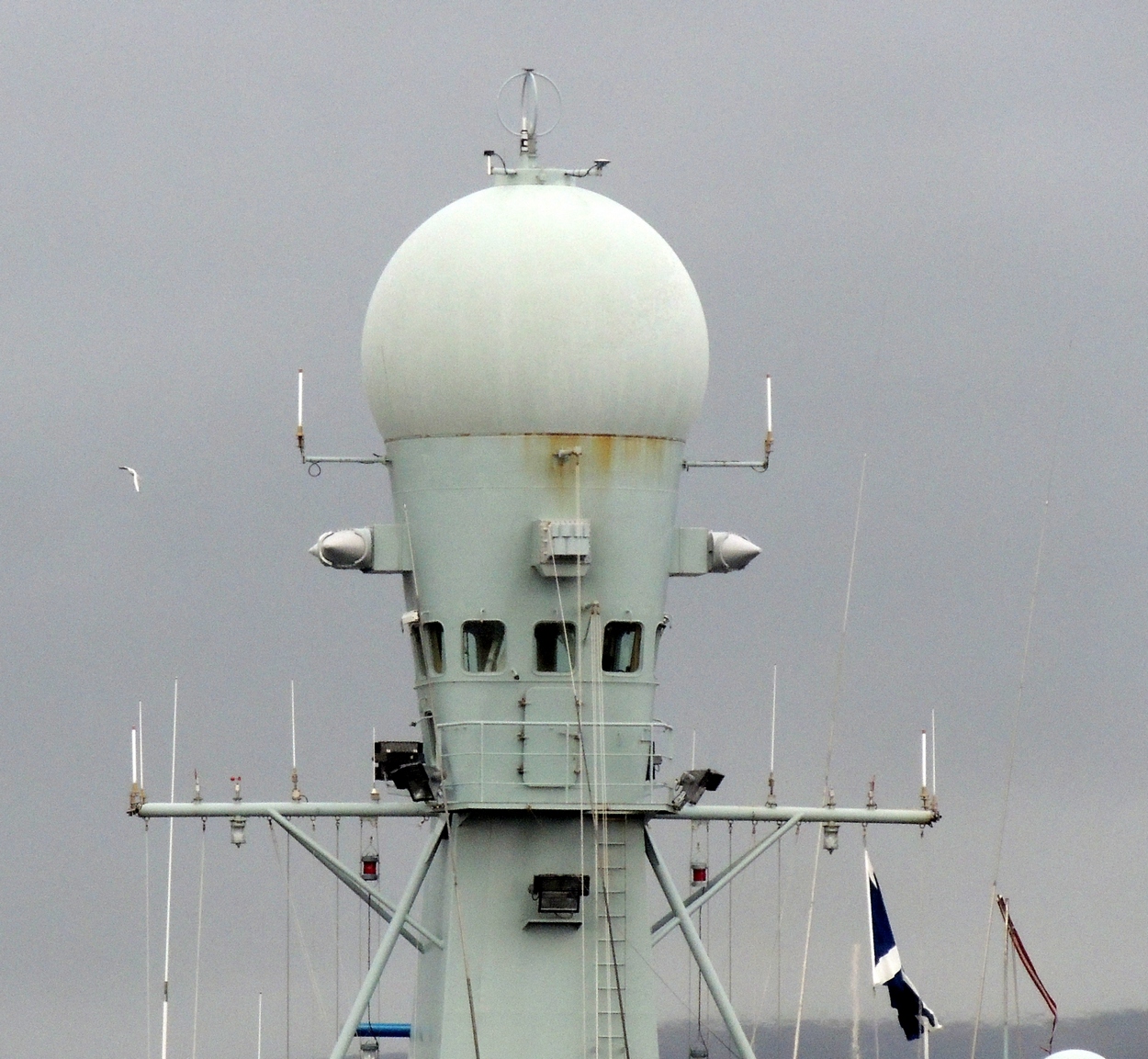 The HDMS Hvidbjoernen (da: Hvidbjørnen, older Danish for polar bear) is a Thetis-class ocean patrol vessel belonging to the Royal Danish Navy.
Hvidbjoernen served as a platform for Commander Danish Task Group from 1998 to 2002, where after her sister ship Thetis assumed the role.

During a patrol in Faroes waters, the French trawler Bruix was suspected of illegal fishery. When approached by Hvidbjørnen the French trawler refused to let an inspection team aboard and started to sail towards the territorial border. During the chase the two ships collided.
She is seen here departing Glasgow for a military exercise off the west coast of Scotland.