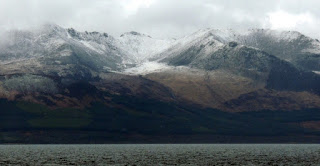 Isle of Arrans mountains on winters day from West Kilbride.
Posted by Gerard Ward No comments:

Email ThisBlogThis!Share to TwitterShare to FacebookShare to Pinterest
Labels: Isle of Arran, Landscape 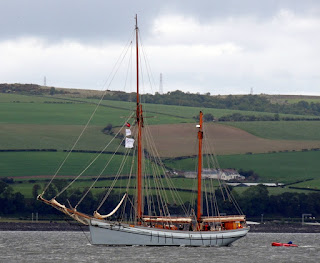 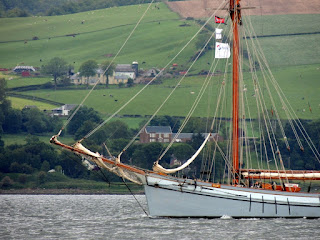 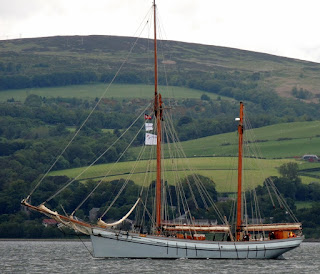 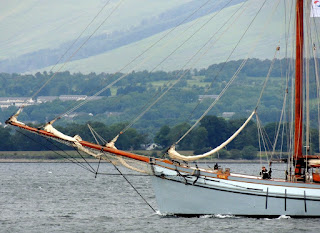 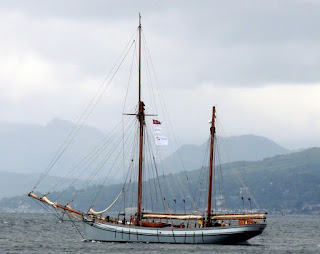 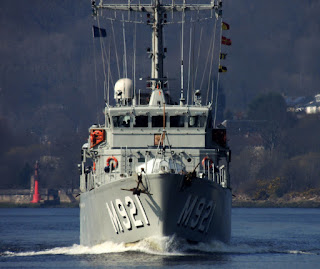 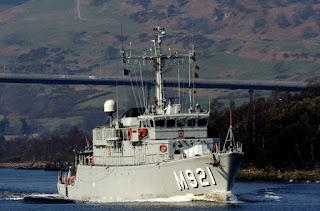 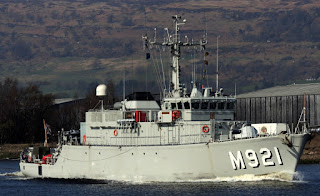 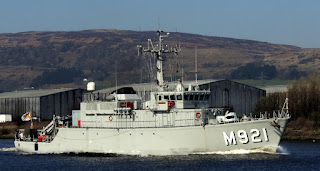 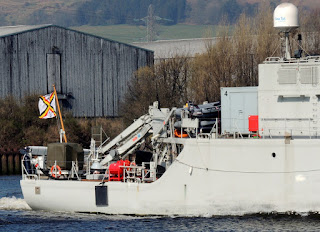 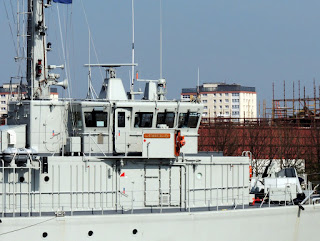 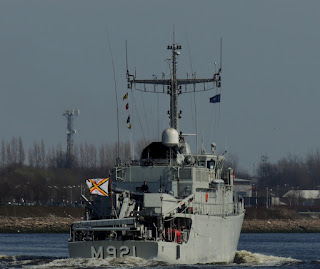 Lobelia (M921) is a Tripartite-class minehunter of the Belgian Naval Component, launched on 3 February 1988 at the Mercantile-Belyard shipyard in Rupelmonde and christened by Anne Van De Kerckhof, the wife of the then Mayor of Diest, on 25 February 1989. The patronage of Lobelia was accepted by the city of Diest. It was the seventh of the Belgian Tripartite-class minehunters.
Posted by Gerard Ward No comments: 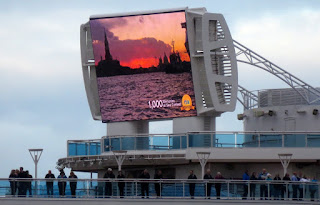 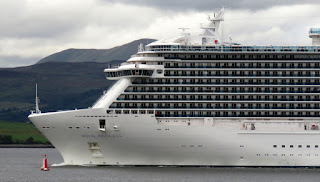 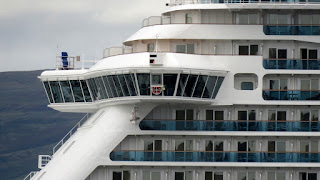 MS Royal Princess is a cruise ship operated by Princess Cruises, and the third ship to sail for the cruise line under that name. The ship was built by Fincantieri at their shipyard in Monfalcone, Italy. Royal Princess is the flagship of the Princess fleet.
The ship measures 141,000 GT and has a capacity of 3,600 passengers. Her amenities include a pair of public areas cantilevered over the side of the ship on the top deck—a walkway on the starboard side and a bar on the port side. She also has fewer pools than previous Princess Cruises ships and features expanded public areas.

On 22 September 2013, Royal Princess suffered a power outage while sailing between Mykonos and Naples in the Mediterranean. The power failure occurred at 1:30 pm local time. Emergency generators operated to provide hotel services to the passengers.

Prior to the power loss, the anchor motor failed and left 90 feet of anchor hanging for over four hours until a new motor could be installed. It delayed the ship on its trip from Mykonos to Naples.

The second half of the cruise was cancelled and all of the passengers were flown home early with flights out of Rome and Naples. The Royal Princess cancelled her visits to Rome, Livorno, Toulon, and sailed directly to Barcelona effecting repairs on the way and embarked her next cruise in Barcelona as planned. 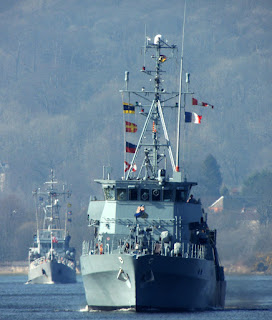 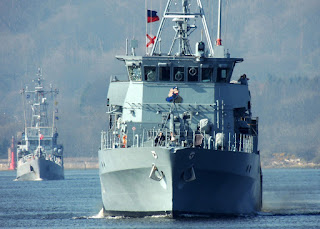 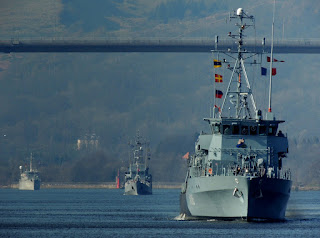 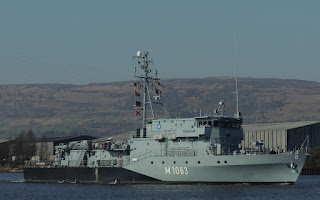 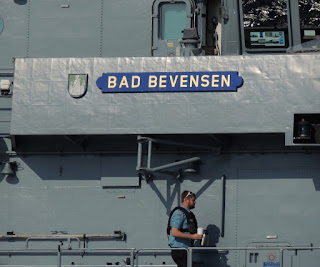 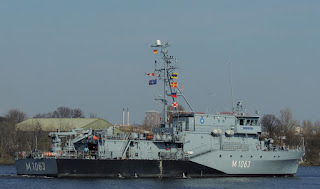 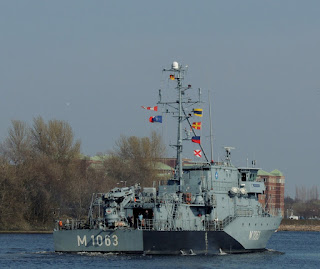 Bad Bevensen a German navy mine sweeper heads up the Clyde for a visit to Glasgow.
Posted by Gerard Ward No comments: 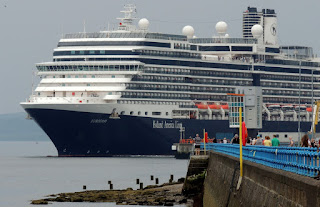 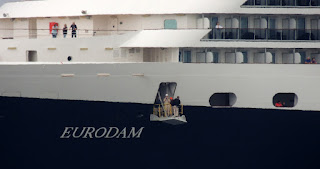 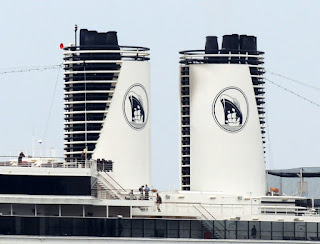 MS Eurodam is a Signature class cruise ship for Holland America Line. Eurodam is the 80th ship to enter Holland America's service .
She weighs in at 86,700 tons and and able to accommodate 2,104 passengers.
Posted by Gerard Ward No comments: 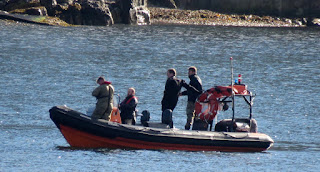 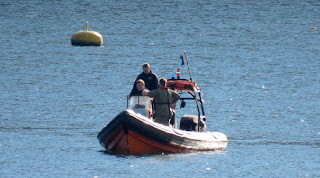 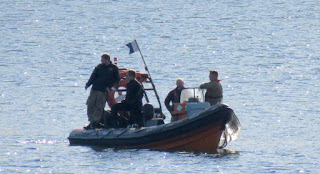 Royal Navy Bomb Squad seen working at Gourock waterfront .
The remains of a WW11 mine was discovered by a diver and subsequently reported to the authorities,the waterfront at Gourock was closed as a precaution while the mine was removed.
Posted by Gerard Ward No comments: