Dunoon,and the Holy Loch with the village of Strone.
Posted by Gerard Ward No comments:

A panorama showing the hills above Strone and the entrance to Loch Long,the picture was taken from Gourock.
Posted by Gerard Ward No comments: 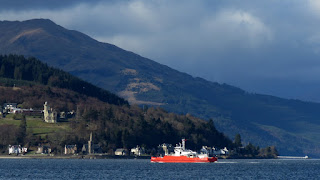 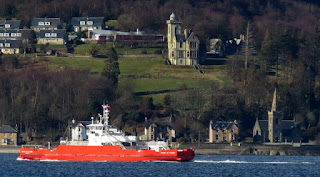 A Western ferry making her way to Dunoon with the village of Strone in the background.
Posted by Gerard Ward No comments: 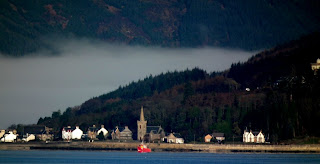 The small fishing boat is Lucy J
Posted by Gerard Ward No comments: 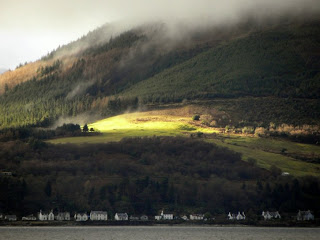 Winter sunshine lights up the hills above the village of Strone
Posted by Gerard Ward No comments:

Email ThisBlogThis!Share to TwitterShare to FacebookShare to Pinterest
Labels: Strone 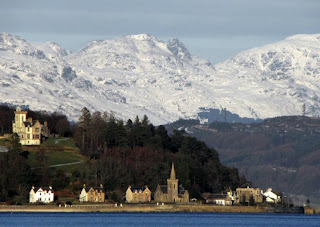 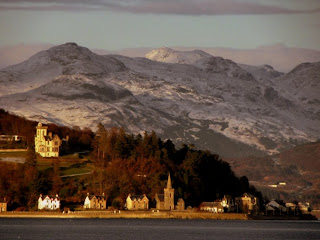 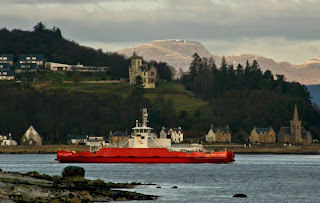 Strone is a small village on the Cowal peninsula at the point where the north shore of the Holy Loch becomes the west shore of the Firth of Clyde.

The name comes from the Scottish Gaelic for nose, and applies to the hill above the village as well as to Strone Point. It adjoins the settlement of Kilmun on the loch, and the village of Blairmore on Loch Long. It used to have its own pier and was a regular stop for the Clyde steamer services.

High on the hill sits the imposing Dunselma, a Scottish baronial style house. It was built as a sailing lodge for the wealthy Coats family (proprietors of the eponymous Paisley mills) in 1885-7 by the Paisley firm of Rennison and Scott. It later became youth hostel and still forms a landmark clearly visible from the other side of the Clyde. It is a Category B listed building.