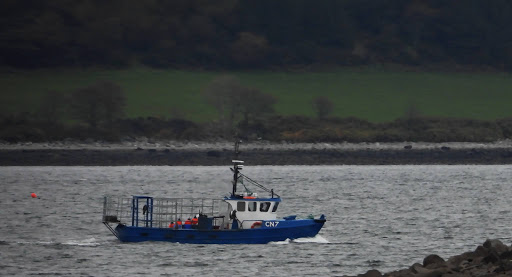 Three Boys seen at Gourock she is mainly used for Prawn Creeling & Scallop Diving.
Posted by Gerard Ward No comments: 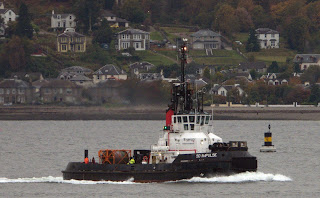 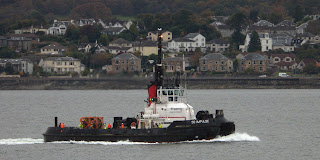 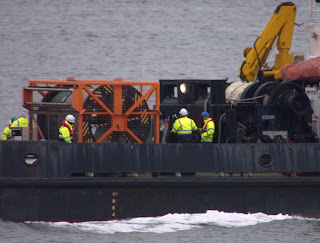 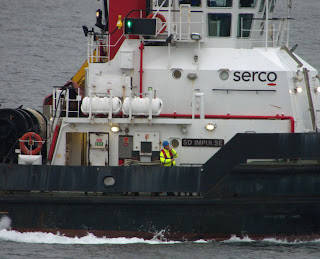 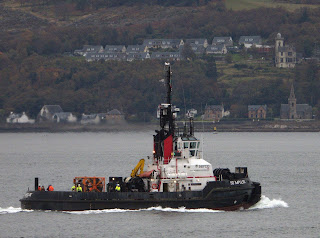 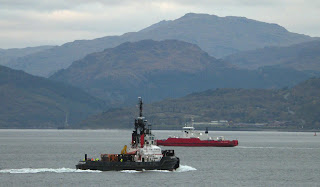 SD Impulse a military tug passing Loch Long after escorting a submarine into the Firth.
Posted by Gerard Ward No comments: 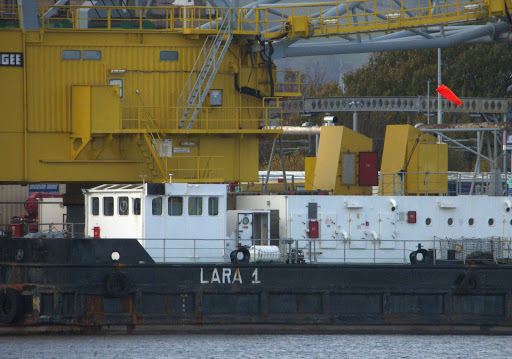 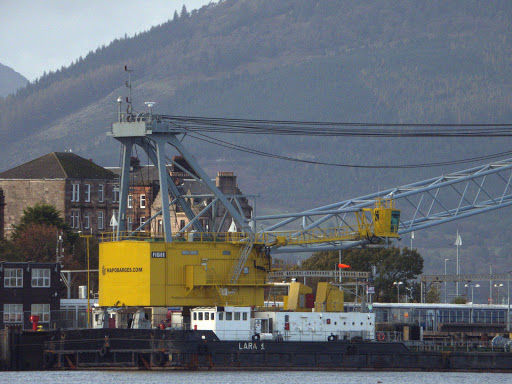 Lara 1 at Gourock ferry terminal, the heavy lift crane is removing the link span which has been out of service for some time.

HMS Spey is  a Batch 2 River-class offshore patrol vessel, seen here at anchor after completing sea trials.
In the background is the Isle of Bute and the mountains of the Isle of Arran.
Posted by Gerard Ward No comments: 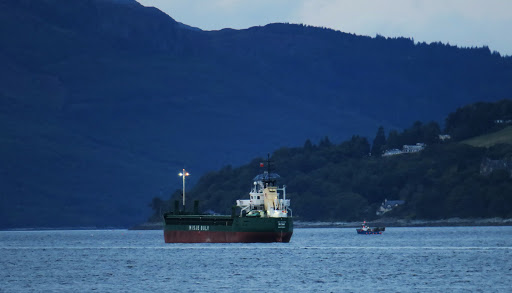 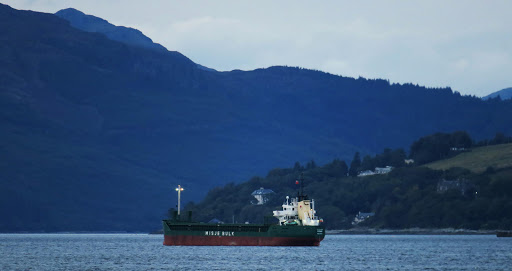 At Anchor off the coast of Gourock.
Posted by Gerard Ward No comments:

Tideforce, along with her three sister ships, was built by DSME in South Korea. As the fourth and final Tide-class vessel, her steel was first cut on 2 December 2015 prior to being laid down on 24 December 2015. Around nine months later, the ship was fully assembled and floated out by 12 September 2016. A series of builder's sea trials subsequently commenced and, in June 2018, the ship left South Korea for delivery to the United Kingdom via San Diego and the Panama Canal. The ship arrived in Falmouth for fitting out on 22 August 2018. This involved the installation of communications equipment, defensive systems, a floating helipad and refueling rigs. Following fitting out, the ship carried out capability assessment trials, replenishment at sea (RAS) trials and first-of-class flying trials.
Posted by Gerard Ward No comments: 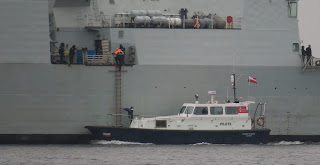 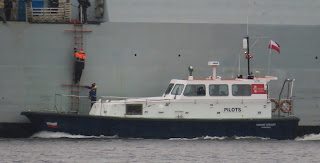 HMCS Ville de Québec (FFH 332) (commonly referred to as VDQ) is a Halifax-class frigate that has served in the Canadian Forces and Royal Canadian Navy since 1993.

Seen here on the Clyde while taking part in a Joint Warrior Exercise.

The pilot boat Mount Stuart can be seen along side . 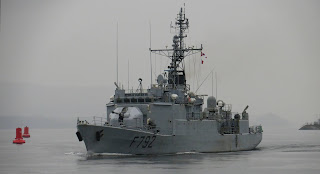 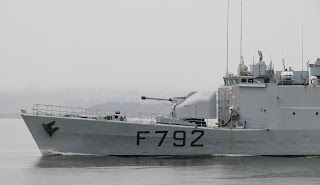 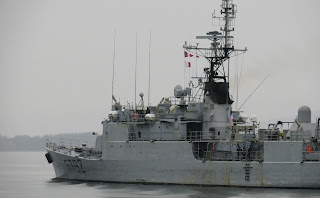 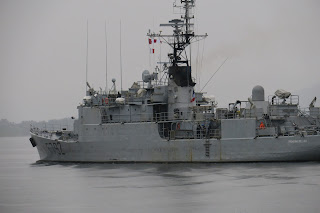 She paid a visit to Glasgow as part of the Joint Warrior exercise October 20.

Her primary role is  anti-submarine warfare in coastal areas.