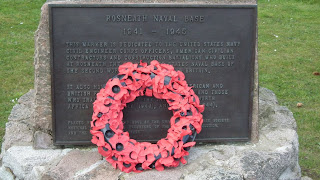 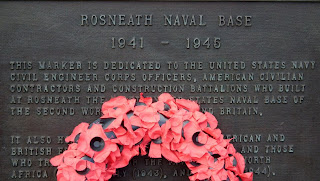 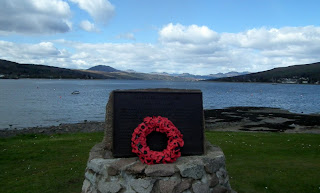 The base began as a secret operation in July 1941, when civilian workers were sent from America to carry out preparatory work on the site at a time when America was still neutral. The need for secrecy ended unexpectedly on December 7, 1941, when the Japanese Empire attacked Pearl Harbour. Funding for construction of the base was to be provided by both the British and the American governments, in accordance with Lend Lease agreements reached in March 1941, which gave the USA the right to set up shore bases in exchange for warships and supplies. On completion, the base was initially used by the Royal Navy for the repair and maintenance of Atlantic convoy support vessels. In 1942, the Americans took control, and the base became a training centre for amphibious operations in advance of the attack on north west Africa, Operation Torch. In the nearby woods at Greenisle, camps provided accommodation for some 6,000 men. With this operation completed, the Americans returned the base to the Royal Navy, while still retaining a number of areas for use by United States Navy operations: Clachan House, Seabee (Construction Battalions of the United States Navy) base; docking for the submarine depot ship USS Beaver; the boats of Submarine Squadron 50 and the Portkil hospital complex. In preparation for D-Day, the Americans once again took control of the base, in August 1943, for preparatory operations. In June, 1945, the Americans de-commissioned the base, and control finally returned to the British Navy. In 1946, proposals to use the base as a Combined Operations facility were cancelled, and by 1948 the base was closed.

Thanks to Secret Scotland for information.
Posted by Gerard Ward No comments: 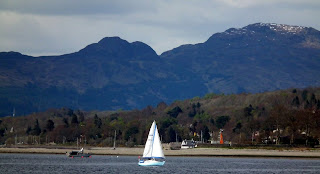 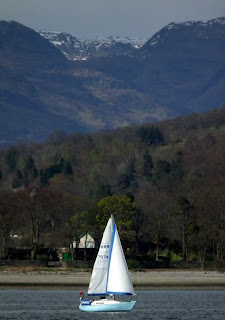 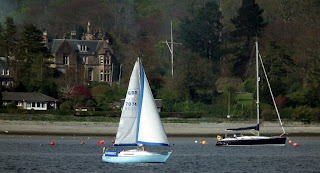 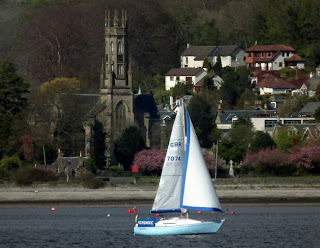 Sailing on the Gareloch,the church in the background is Rhu parish church.
Posted by Gerard Ward