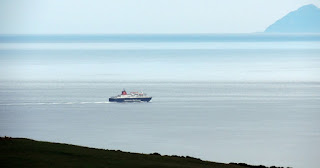 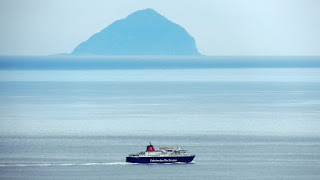 Caledonian Isles passes in front of Ailsa Craig on her way to Arran.
Posted by Gerard Ward No comments:


BA790 Shearwater passing in front of Ailsa craig as night falls,the light of the lighthouse on Ailsa
Craig can be seen ,
Posted by Gerard Ward No comments:

Ailsa Craig from the beach at Girvan.
Posted by Gerard Ward No comments: 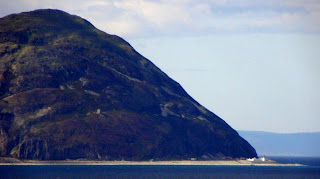 The bottom photograph shows the small keep which stands about 61 meters up the eastern side. The castle has three storeys and was built by the Hamilton family in the late 1500's, after Philip of Spain tried to capture the island for himself.
Posted by Gerard Ward No comments:

As seen from the ferry to Arran.
Posted by Gerard Ward No comments: 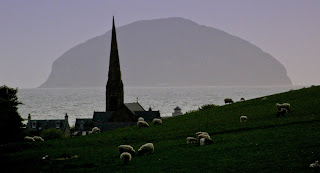 Ailsa Craig and the Wicker Man 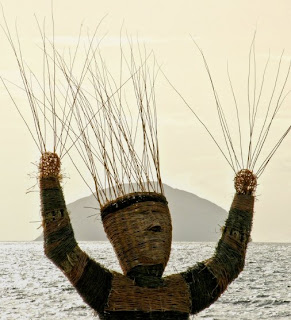 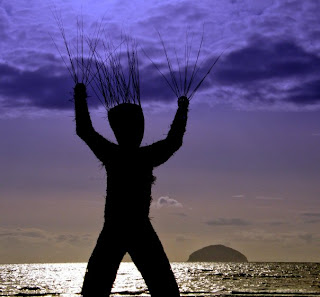 The wicker man at Girvan,the burning of the wicker man takes place early in May each year as part of the Girvan folk festival.
Posted by Gerard Ward No comments:

Ailsa Craig from the hills above the village of Lendallfoot.
Posted by Gerard Ward No comments:

Taken on a glorious summer evening from the village of Dunure.
See Ailsa Craig and Post Cards.
Posted by Gerard Ward No comments: 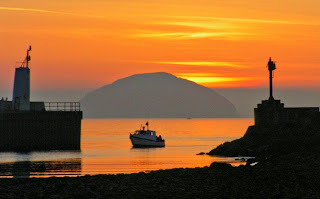 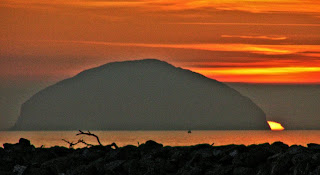 AILSA CRAIG, an island rock at the mouth of the Firth of Clyde.
You can see the brief outline of the Craig from as far away as Largs and as you drive through Ayrshire it changes shape and size , but its not until you arrive at Girvan that you really marvel at this lump of volcanic plug.

From Girvan the craig is only 10 miles offshore,and indeed Girvan has claimed it self to be the home of Ailsa Craig,at the moment a visitor centre is being built in Girvan were you will be able to watch the sea birds via cameras on the island itself.

In the summer of 1818, John Keats and a friend named Brown undertook a pedestrian tour through Scotland. They travelled along the Ayrshire coast from Ballantrae northwards, Ailsa Rock being constantly in their view.

At the King's Arms Inn in Girvan, Keats wrote his fine sonnet on Ailsa Craig.

When were thy shoulders mantled in huge streams?

When from the sun was thy broad forehead hid?

flow long is 't since the Mighty Power bid

Sleep in the lap of thunder, or sunbeams,

Or when grey clouds are thy cold coverlid?

Thou answerest not, for thou art dead asleep!

Thy life is but two dead eternities-

The last in air, the former in the deep-

First with the whales, last in the eagle-skies,

Drowned wert thou till an earthquake made thee steep;

Another cannot wake thy giant size.

As well as being famous for its puffins and other sea birds ,its probably more famous throughout the world for its rock, which is made into some of the best quality curling stones in the world. The stones are popularly known as "Ailsas" or "Ailsa Craigs."
Posted by Gerard Ward 3 comments: