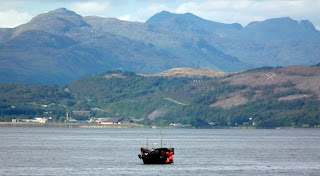 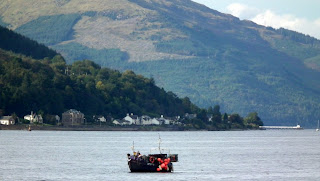 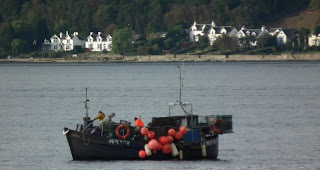 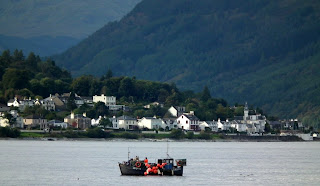 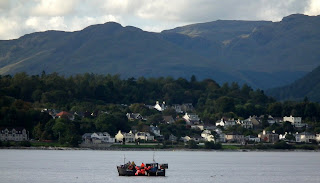 Lorrine off the coast at Dunoon.
Posted by Gerard Ward 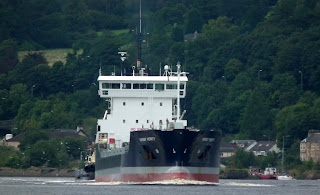 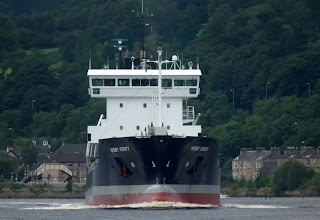 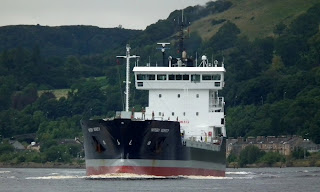 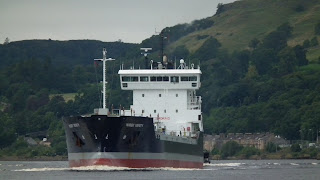 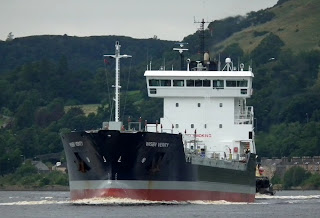 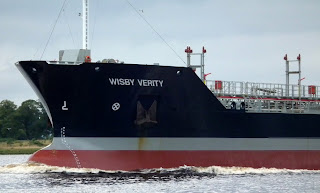 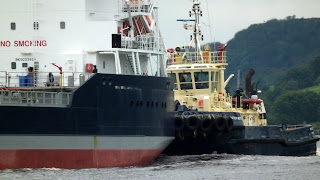 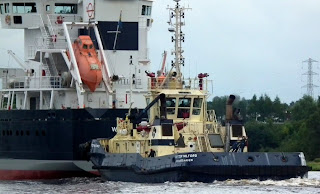 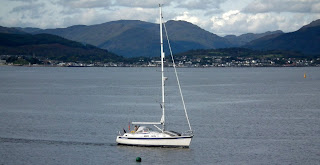 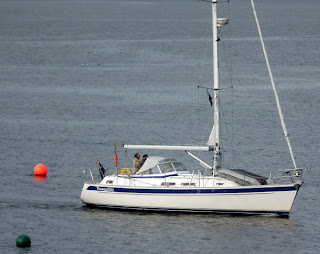 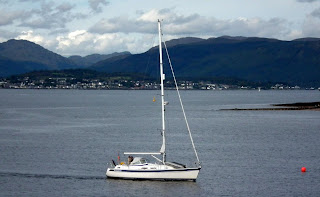 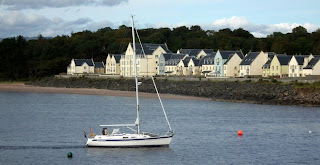 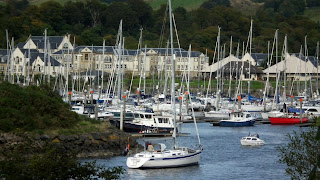 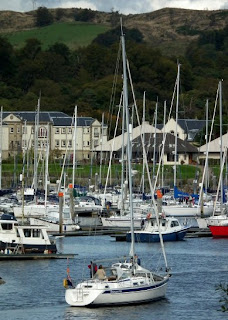 Email ThisBlogThis!Share to TwitterShare to FacebookShare to Pinterest
Labels: Yacht 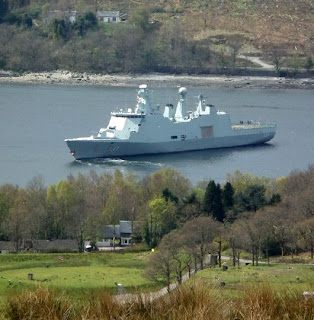 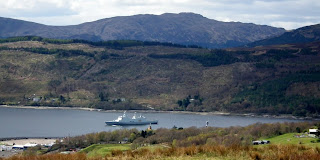 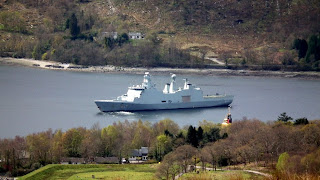 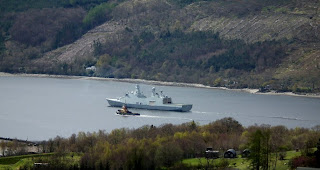 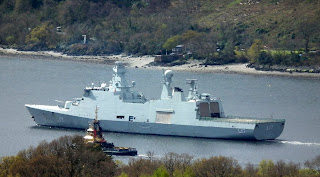 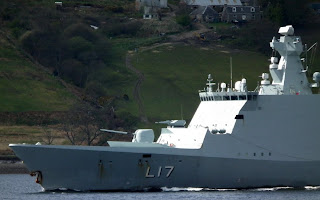 HDMS Esbern Snare (L17) is an Absalon-class support ship and is along with her sister ship, the HDMS Absalon (L16), the largest combat vessel currently commissioned in the Royal Danish Navy.

The Esbern Snare was involved in the Beluga Nomination Incident, when she and the Seychelles Coast Guard patrol boat engaged in a failed rescue operation which left four or five Somali pirates and civilians dead. Later she captured a mother ship on 12 February 2011, capturing sixteen pirates and their weapons, as well as freeing two hostages held by the pirates. While patrolling on 12 May 2011 she encountered the pirated dhow NN Iran and attacked it, killing four pirates and wounding ten. Sixteen Iranian hostages were rescued and 24 pirates captured, but the dhow was in a sinking condition and had to be abandoned.

A panorama of the bay at Millport Isle of Cumbrae.
Posted by Gerard Ward 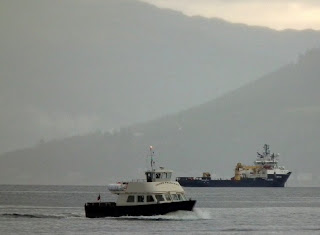 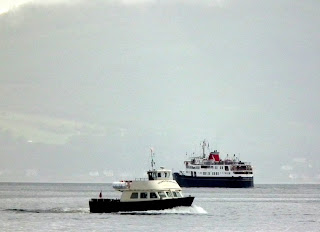 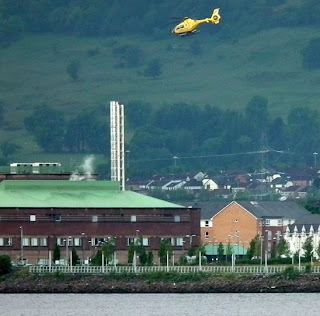 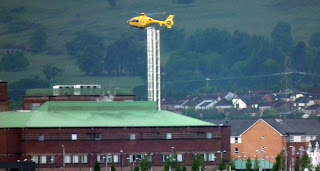 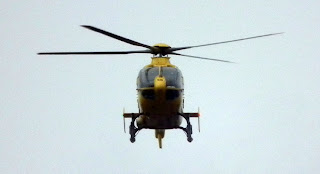 The NHS helicopter taking off from the Royal Jubilee hospital Clydebank.
Posted by Gerard Ward