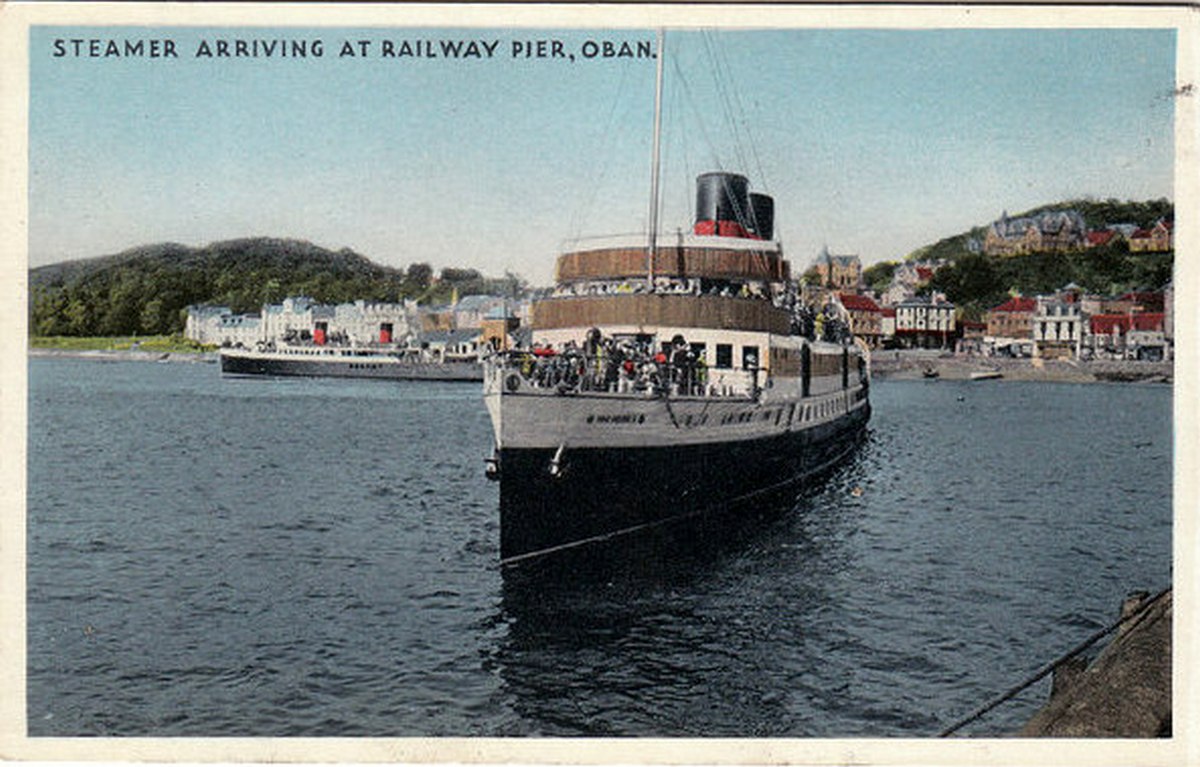 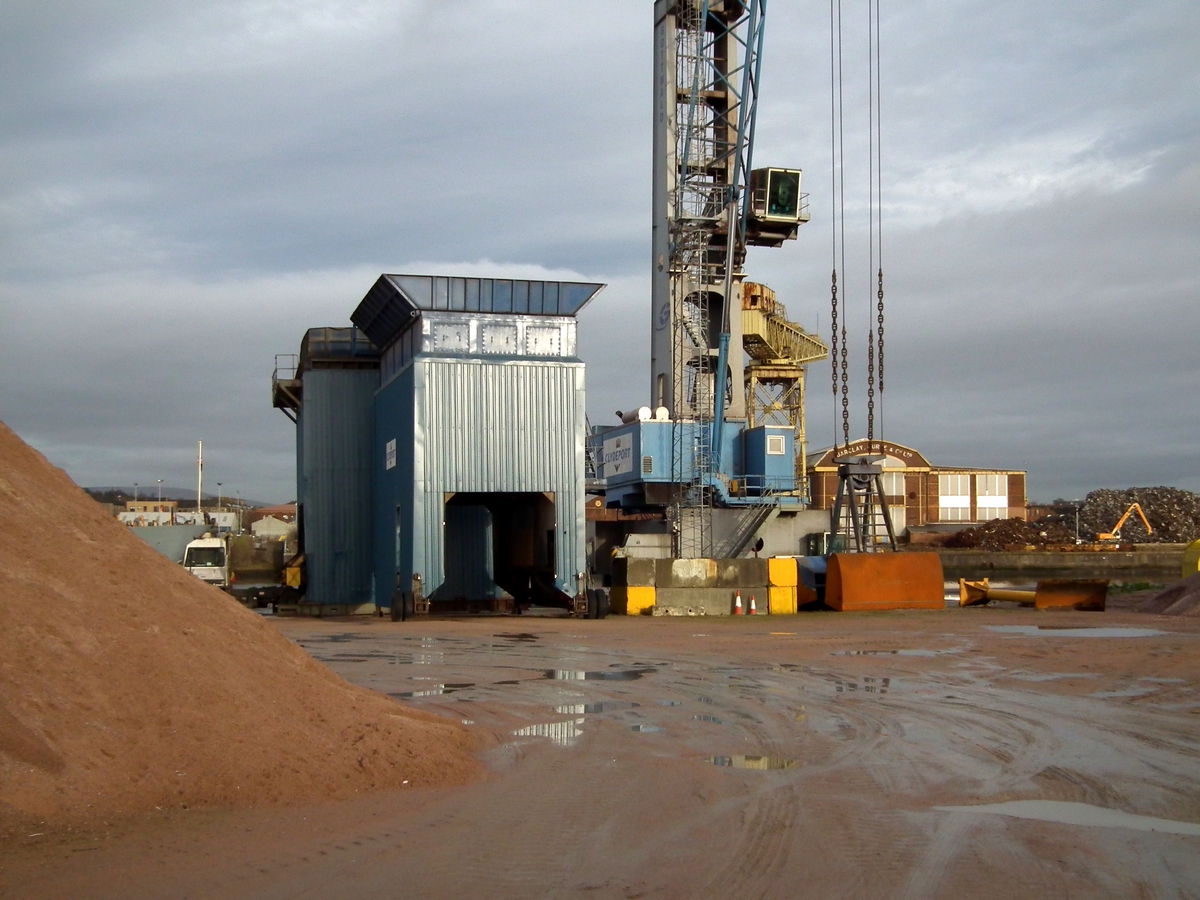 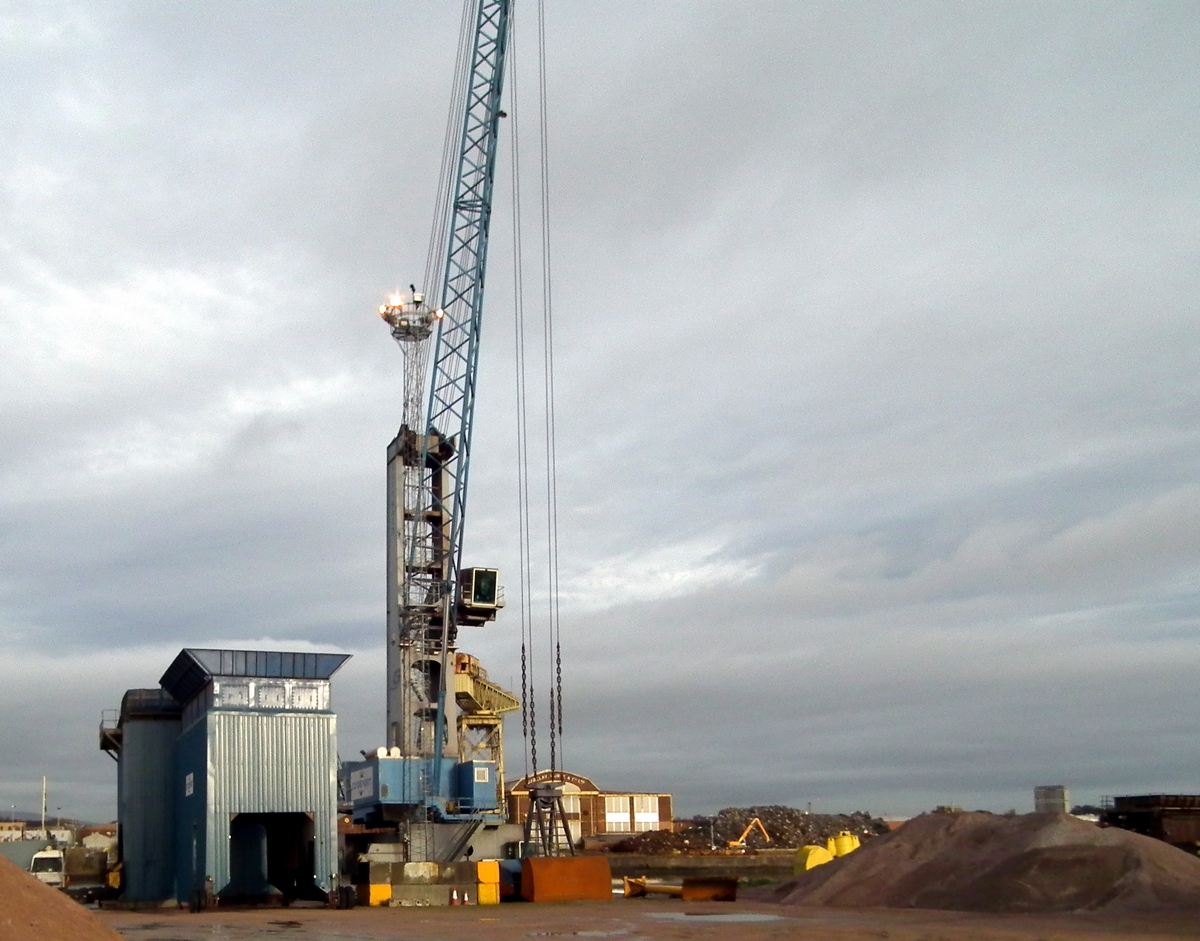 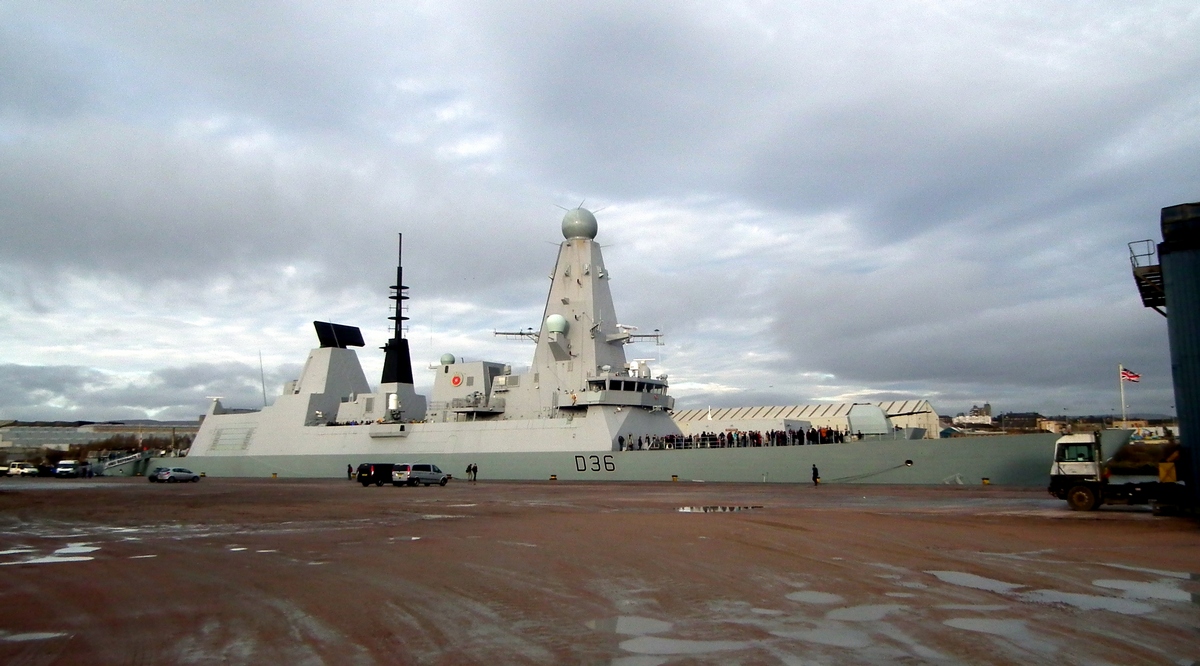 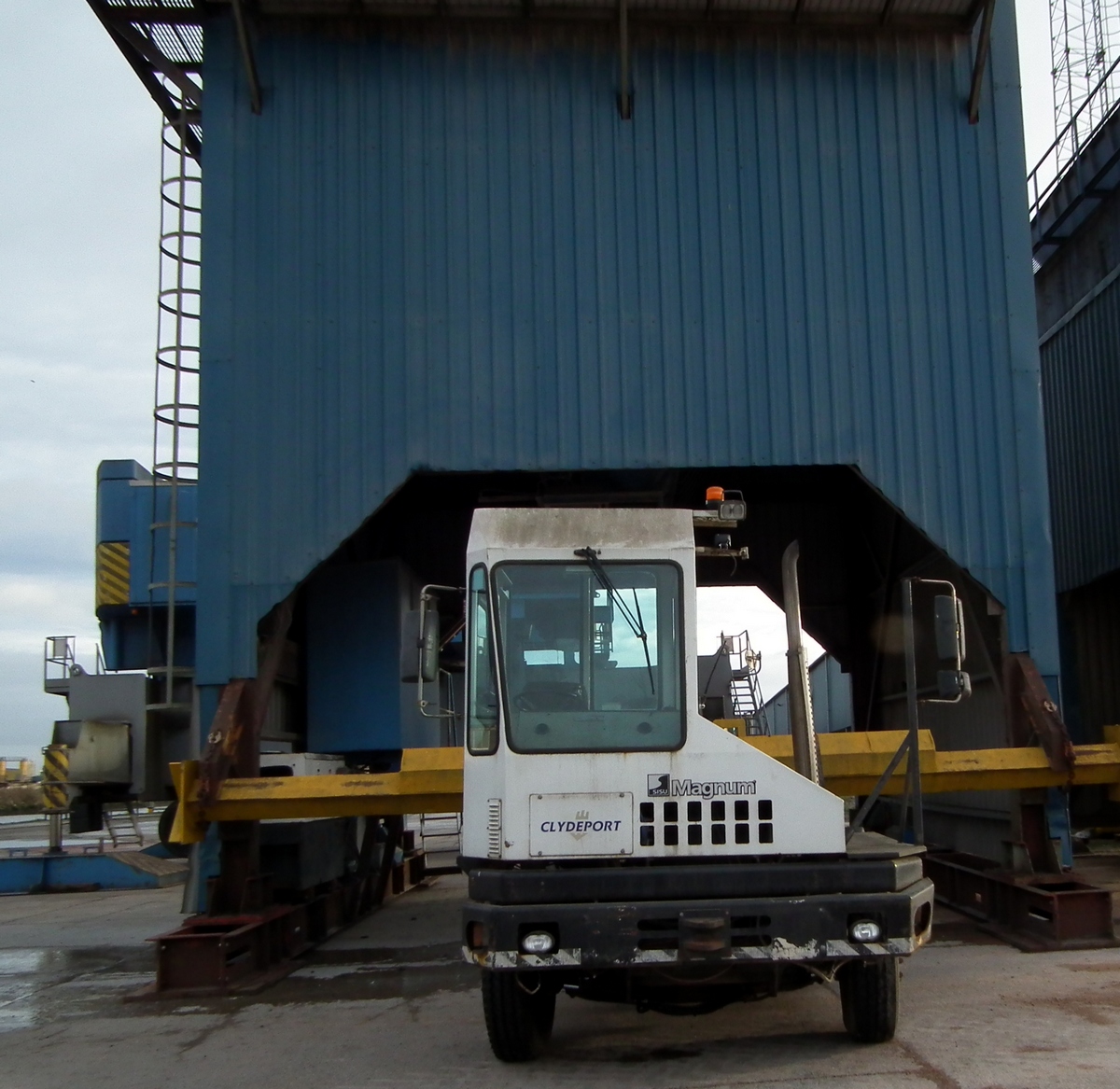 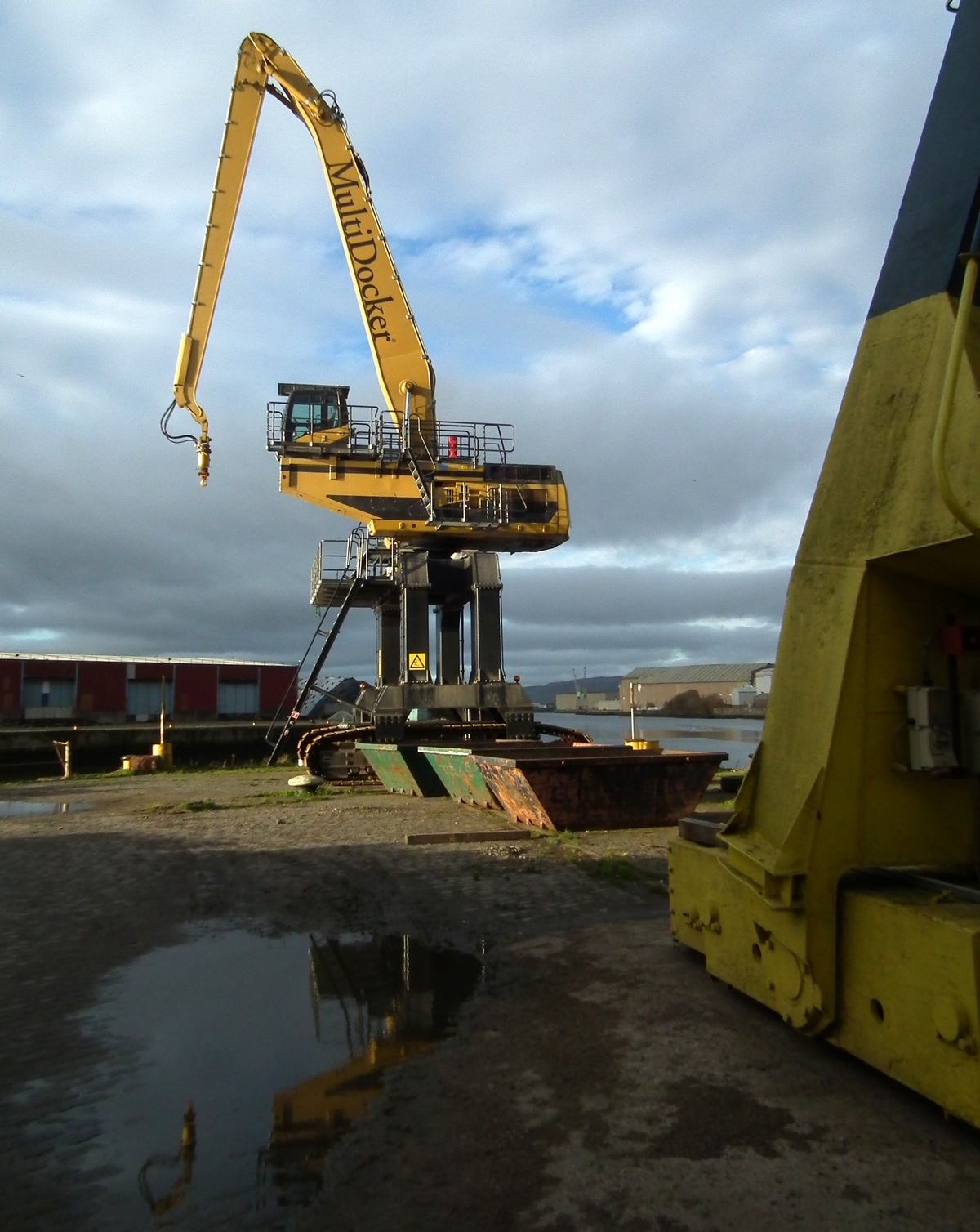 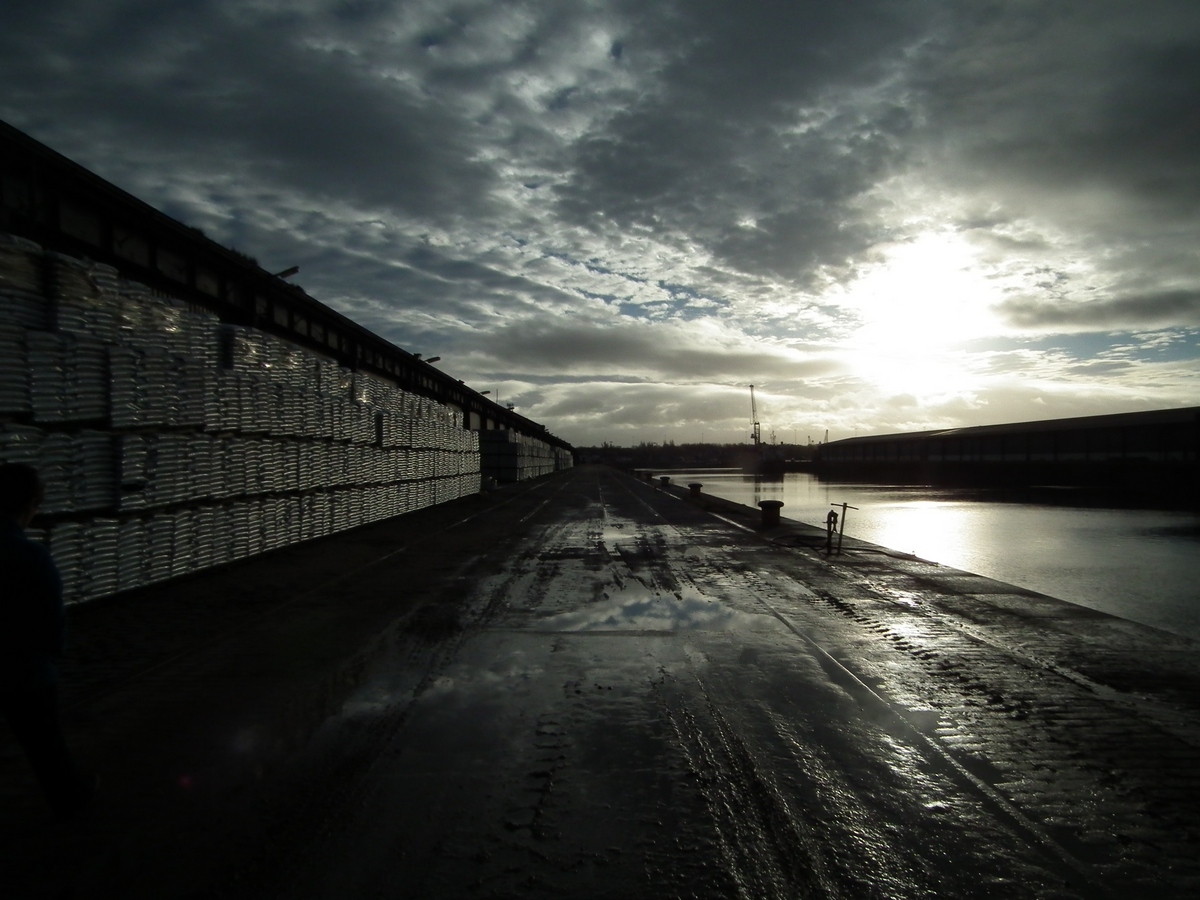 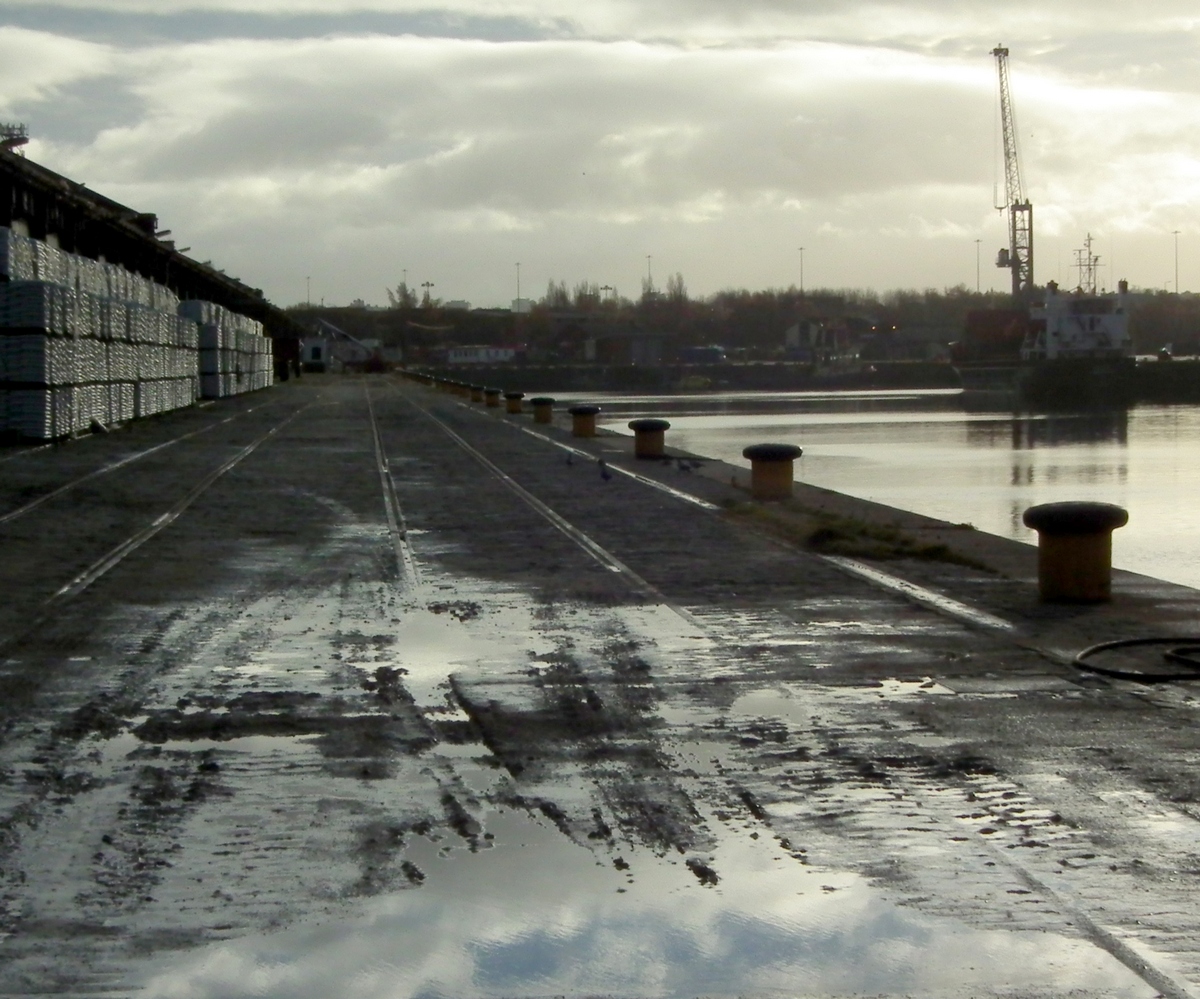 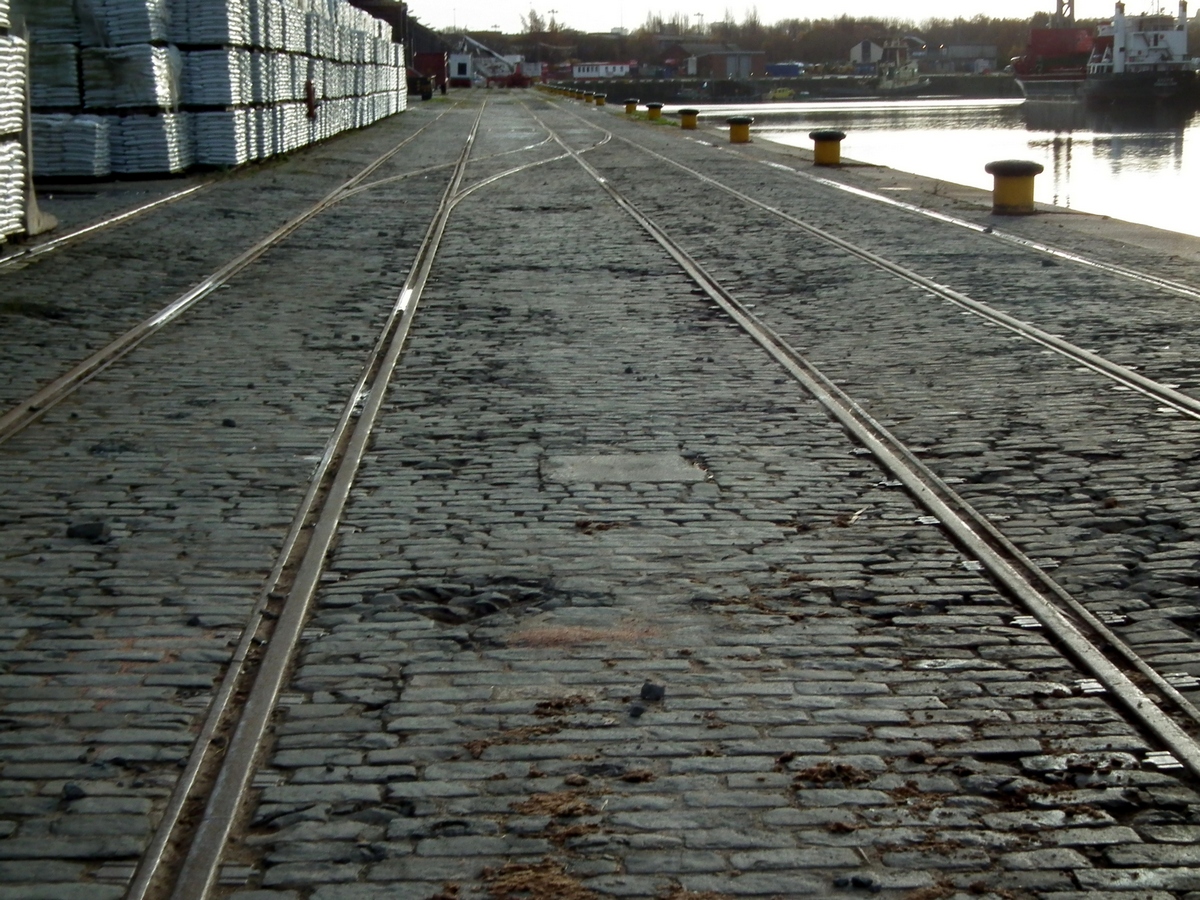 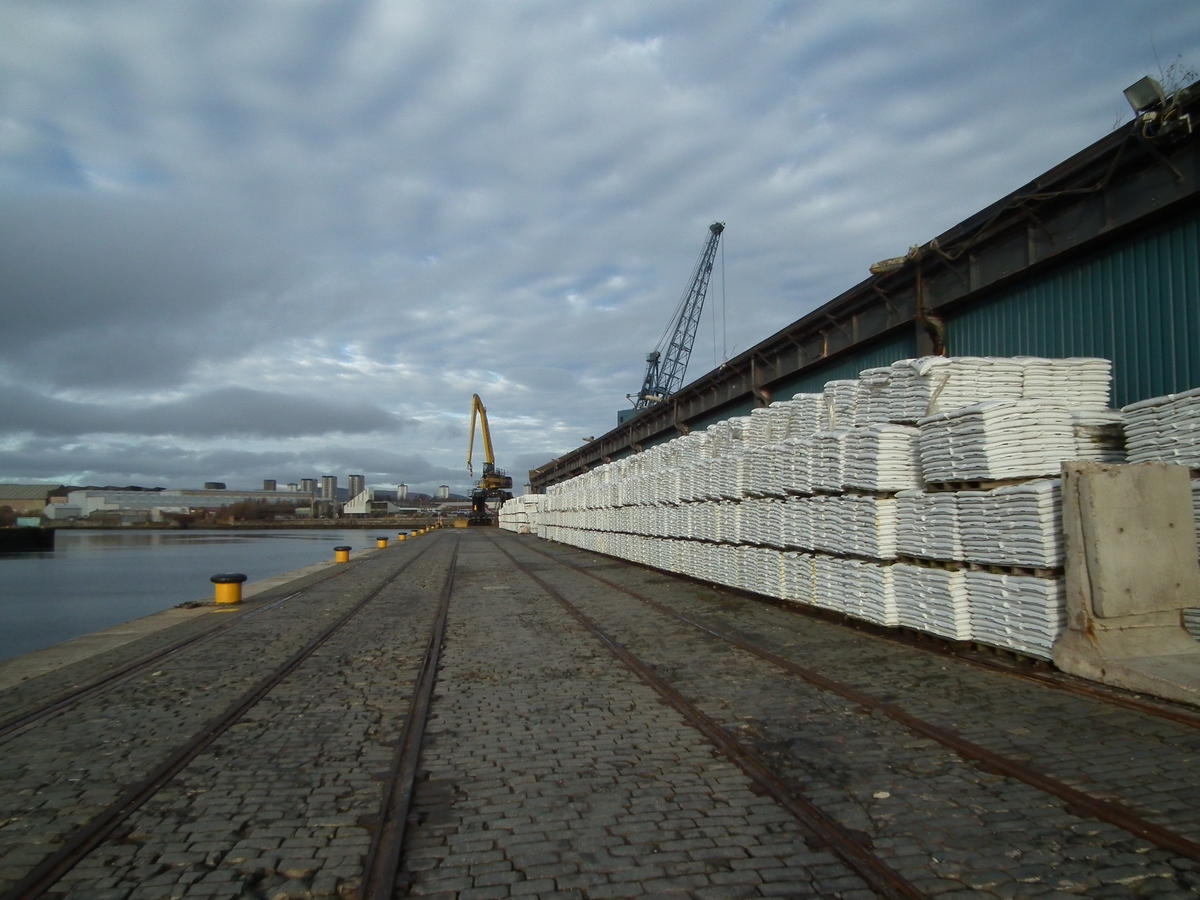 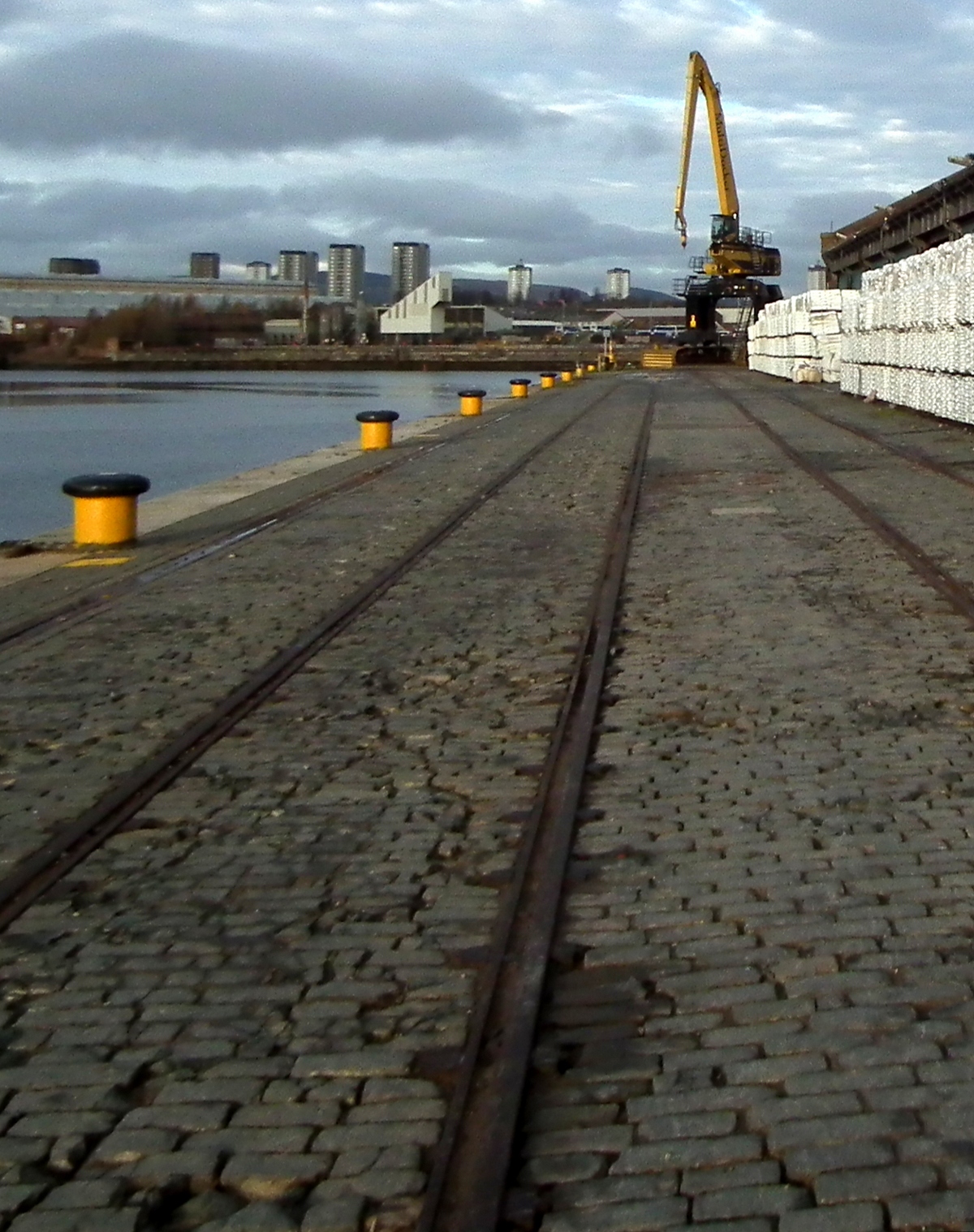 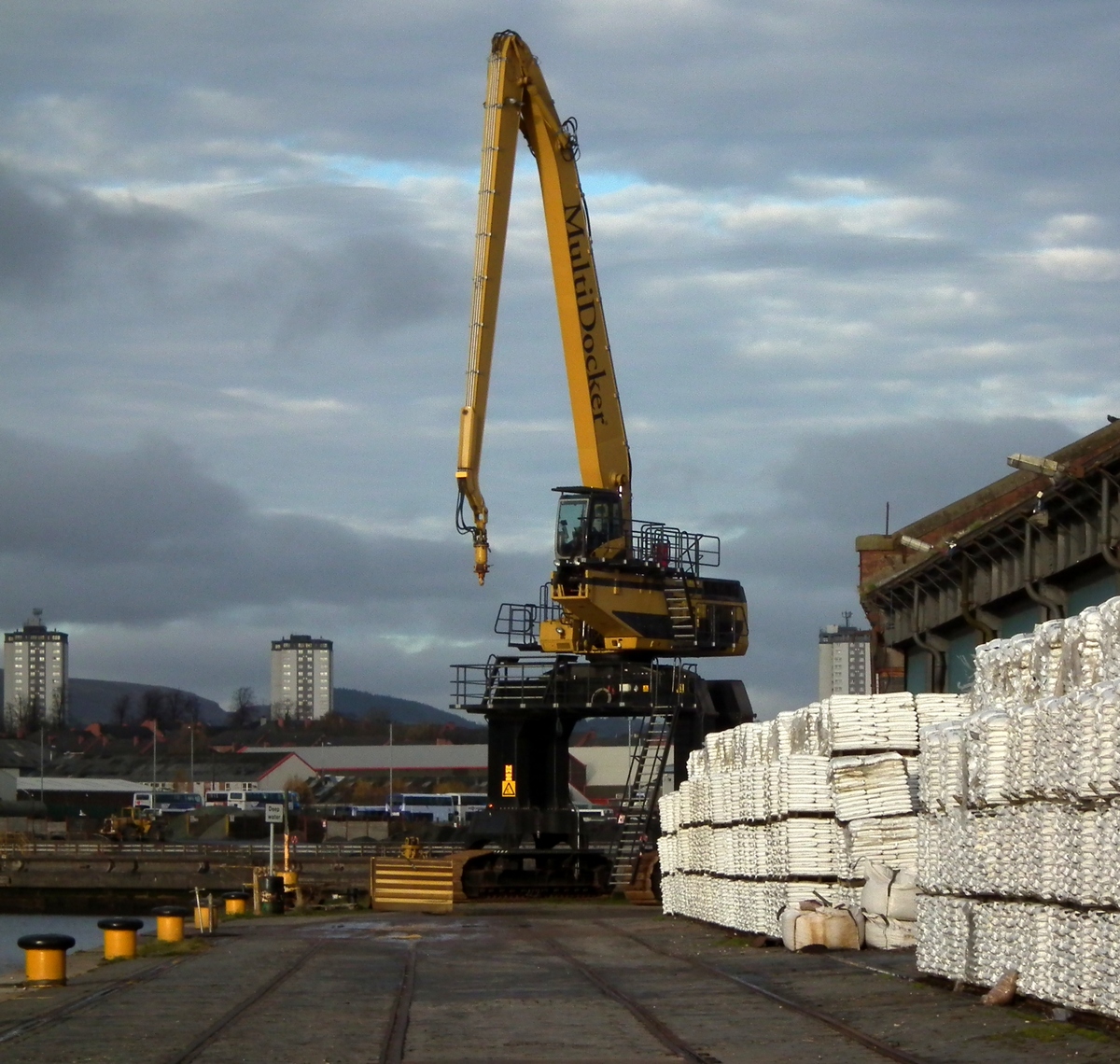 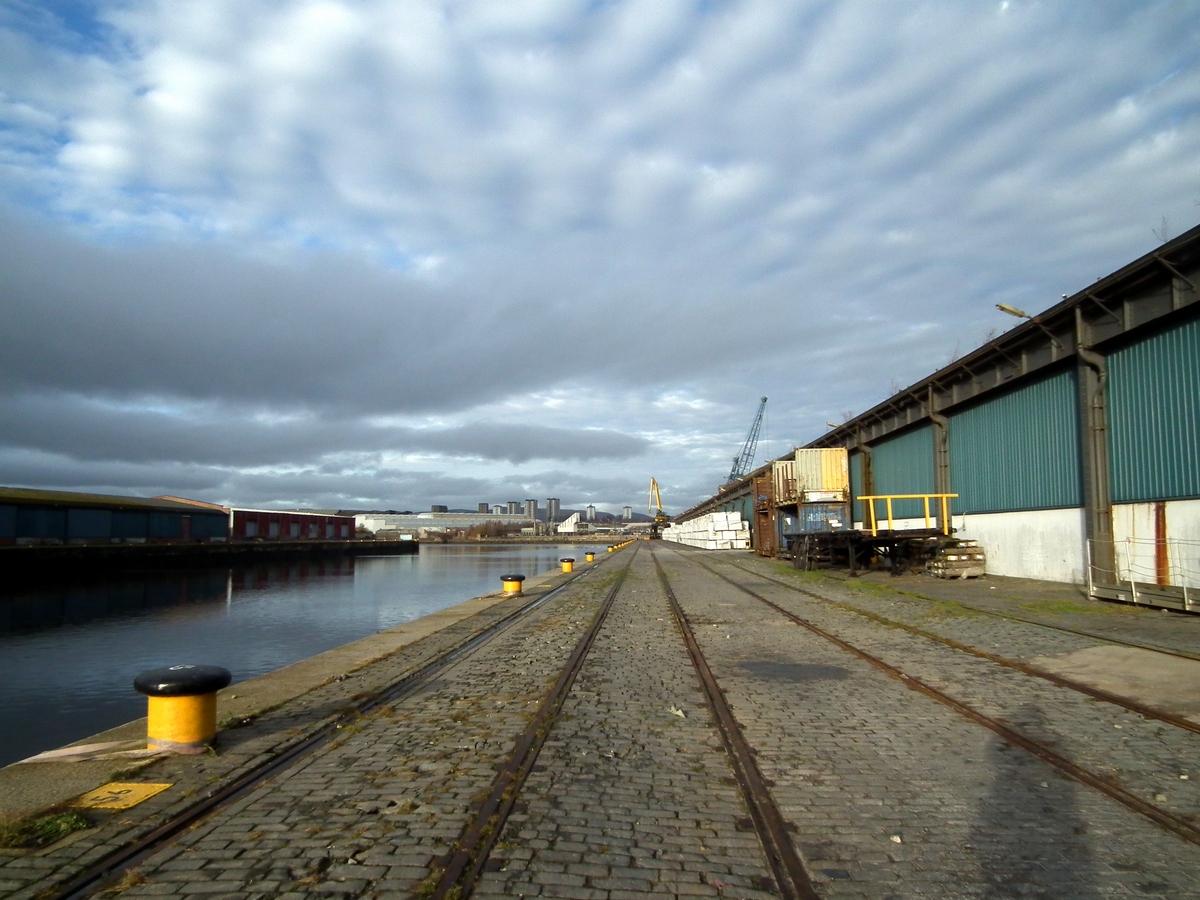 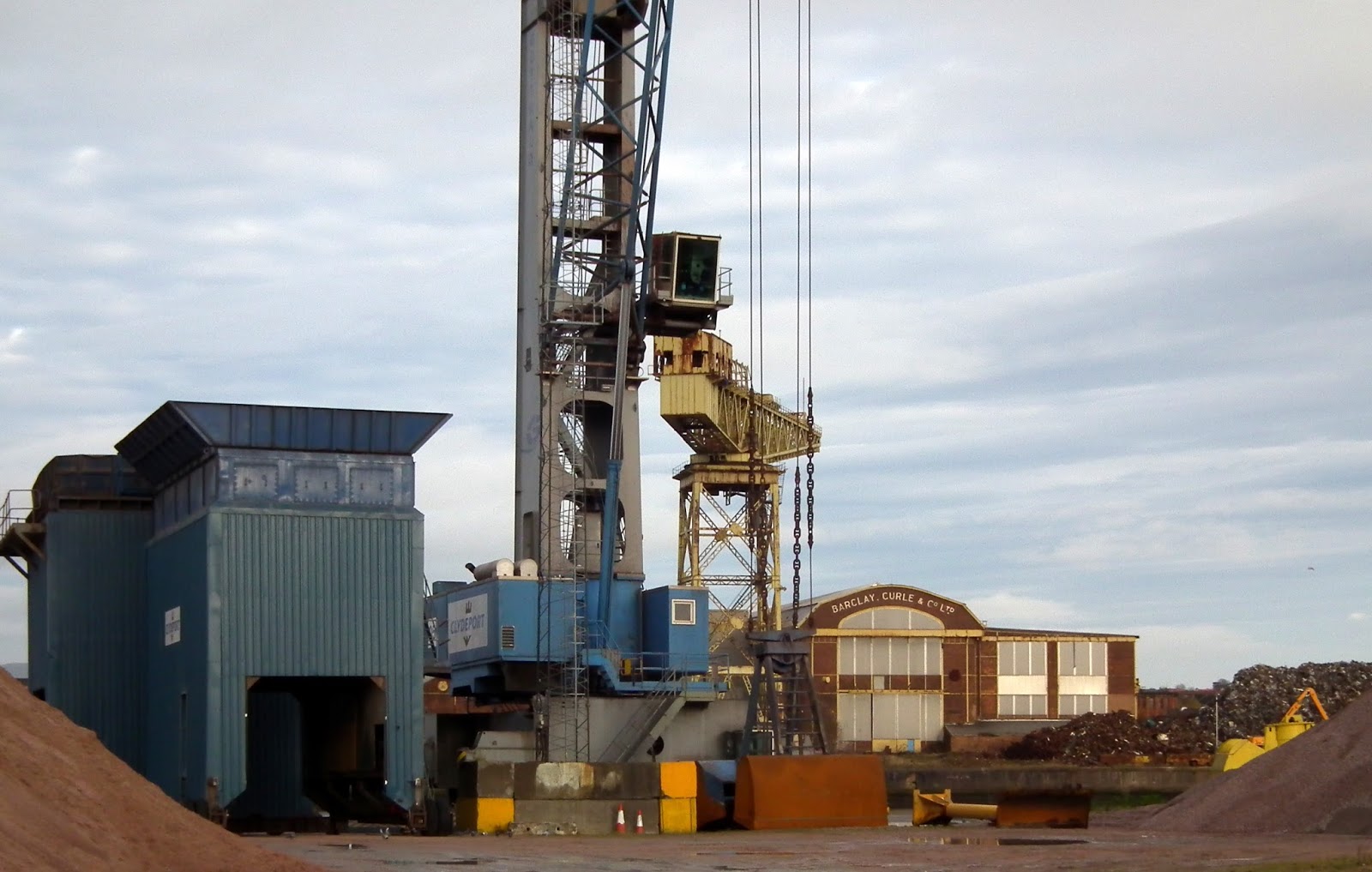 King George V dock was the last of the River Clyde’s docks to be built; it consists of one large basin with easy access from the river. It was opened in 1931 by King George V who sailed from the city centre onboard the Denny built turbine steamer King George V.
It was originally planned for other docks and wharfage to be constructed at the time but the depression ended any future plans for expansion.
KGV is Glasgow’s main dock and is well used, Clydeport who run all the docks on the Firth of Clyde offer a wide range of services for importers and exporters.
Entrance to the dock is forbidden but a visit by the Royal Navy’s HMS Defender on a recruitment drive saw the gates open to the public.
Despite the modern cranes and other lifting equipment the dock hasn’t changed much, the original cobble stones and tram lines are still visible, the majority of the sheds date from the 1930s.