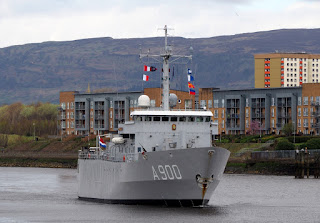 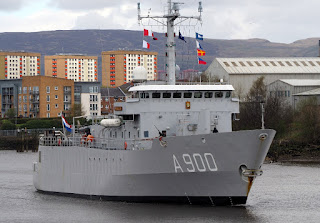 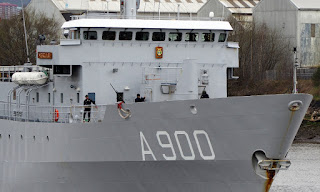 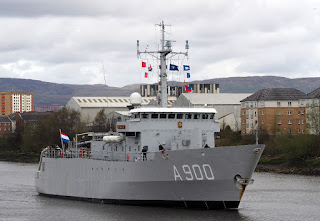 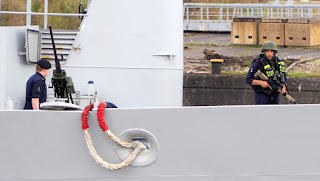 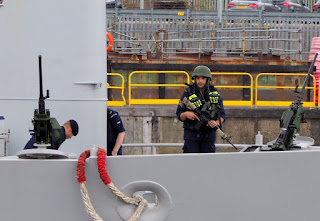 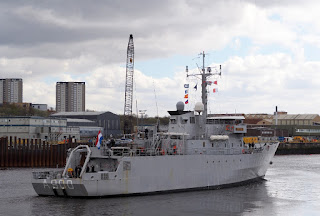 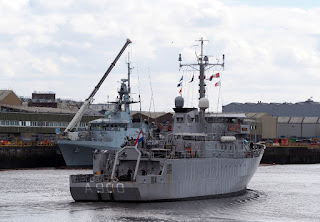 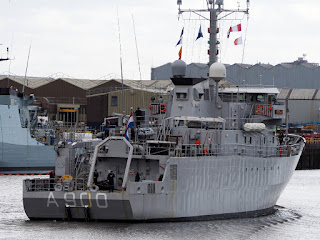 HNLMS Mercuur (A900) is a submarine support ship of the Royal Netherlands Navy. The ship was built and designed specially to support the Dutch submarines. She entered service on 21 August 1987, and is the only surface vessel attached to the Dutch submarine service
Posted by Gerard Ward No comments: 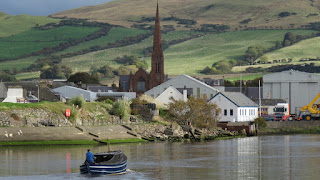 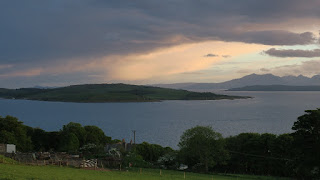 The view from Largs,looking towards  the Isle of Cumbrae and the Isle of Arran in the distance.
Posted by Gerard Ward No comments:

Email ThisBlogThis!Share to TwitterShare to FacebookShare to Pinterest
Labels: Largs 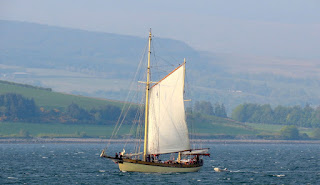 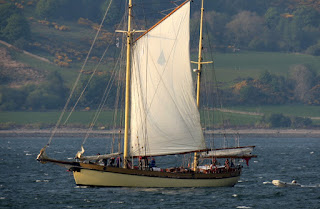 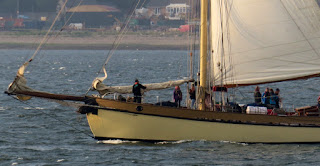 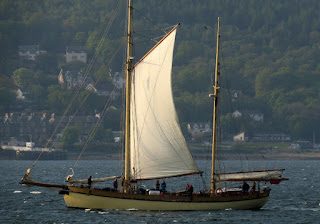 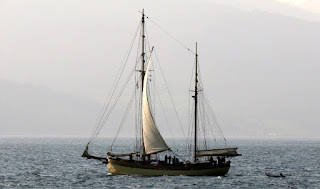 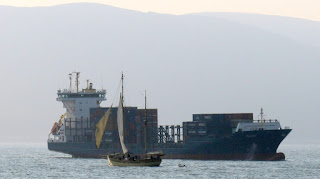 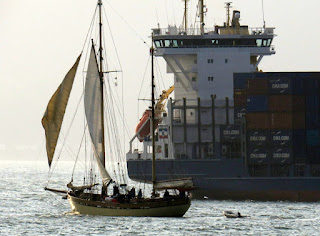 TS Maybe has a rather famous history, built in 1929 and owned by Jan Jacob Van Rietschoten, father of the flying Dutchman, Cornelis ‘Conny’ Van Rietschoten, the only skipper to win the Whitbread Round the World Race twice. In the hands of the Rietschoten family, TS Maybe spent many years sailing around the world.

In 1962, TS Maybe was bought by the Swiss family Hans Fehr, who were experienced sailors and enjoyed sailing in warmer climates. She sailed mainly around the Mediterranean and in the 1970s regularly crossed the Atlantic between the West Indies and the Mediterranean. IN the 1980s she also sailed through the Panama Canal and up the East coast of the USA to Canada.

Tall ship Maybe was sold to her present owners in 1989 and underwent another complete restoration retuning to sailing in 2007. She returned to the International Tall Ship Races in the Baltics in 2009. In 2011, TS Maybe was restored to her original gaff rig. 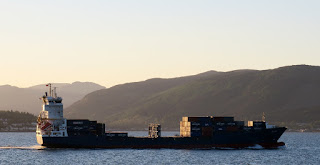 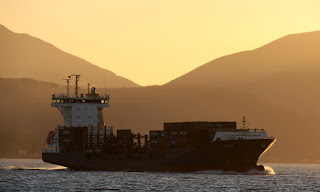 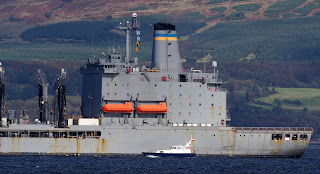 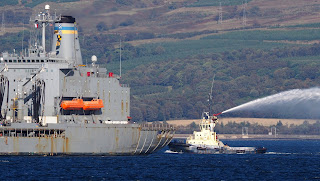 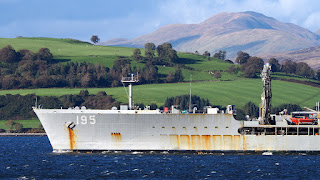 Leroy Grumman, the ninth ship of the Henry J. Kaiser class and first U.S. Navy ship to bear the name, was laid down at Avondale Shipyard, Inc., at New Orleans, Louisiana, on 6 July 1987 and launched on 3 December 1988. She entered non-commissioned U.S. Navy service under the control of the Military Sealift Command with a primarily civilian crew on 3 August 1989.
Posted by Gerard Ward No comments: 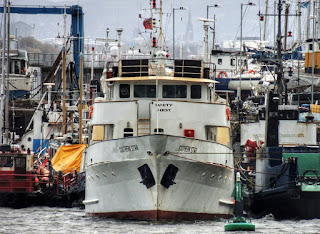 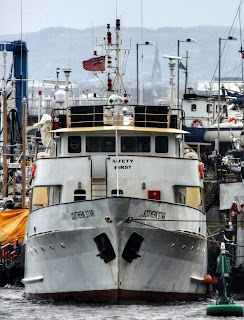 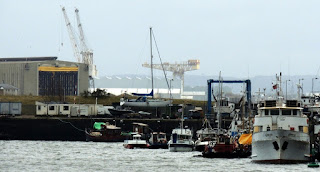 Southern Star has been up laid up at Rothesay Dock in Clydebank for a number of years.

Click HERE to read the full story.
Posted by Gerard Ward No comments: 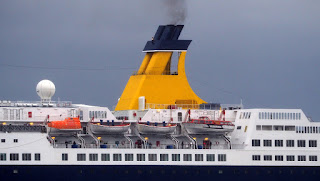 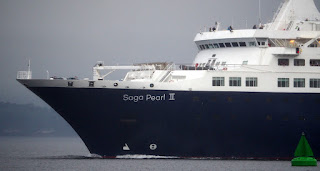 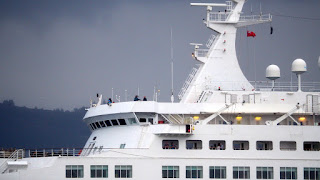 The cruise ship Saga Pearl II has been operating for more than 28 years, making cruises worldwide. Saga Cruises acquired the ship, at auction, in August 2009. Saga Pearl II effectively replaced the MS Saga Rose which was decommissioned in 2009.
Posted by Gerard Ward No comments: