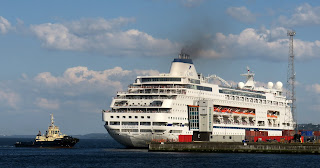 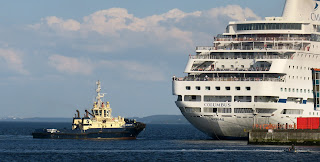 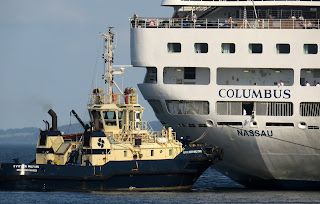 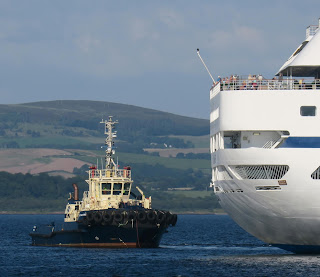 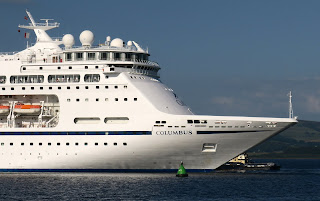 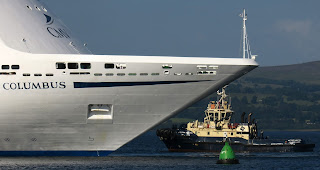 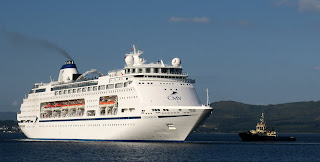 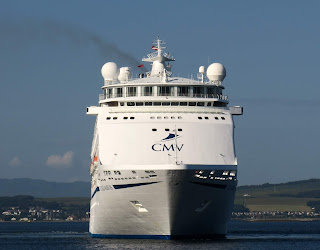 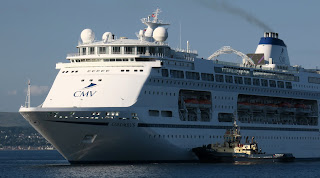 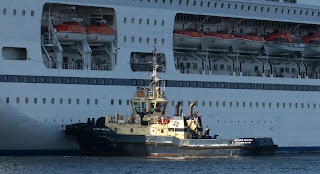 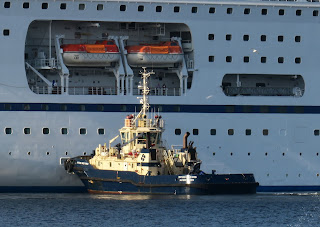 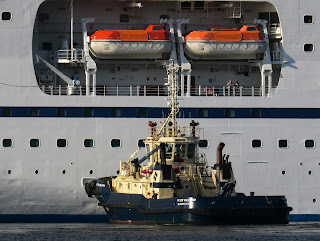 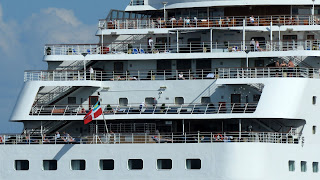 Christened by Audrey Hepburn on 23rd March 1989, Columbus was originally launched under Princess Cruises. She was transferred to the P&O Cruises fleet in 1997 where she stayed until 2003 as the former Arcadia. Taking over from Magellan, Columbus became Cruise & Maritime Voyages flagship when she joined the fleet in 2017.

A high wind meant she required the assistance of Svitzer Milford while departing from Grenock.
Posted by Gerard Ward at 16:13