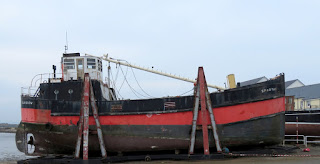 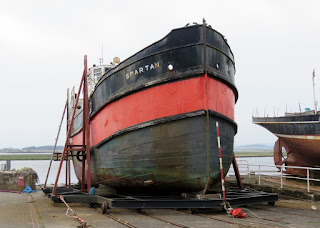 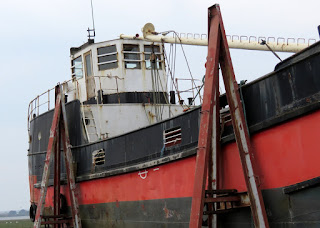 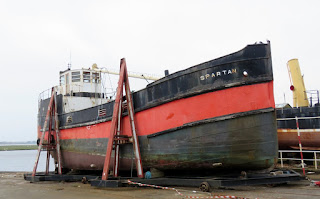 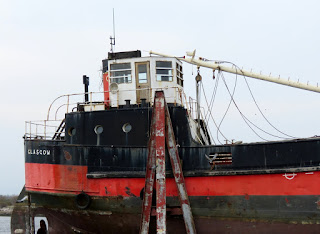 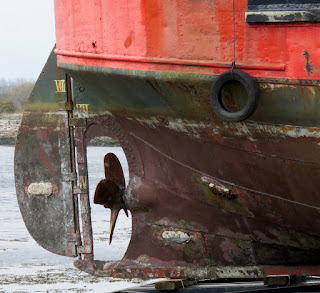 SPARTAN (ex-VIC 18) was built by J. Hay & Sons, Kirkintilloch, in 1940. VIC 18 was the only VIC known to have been built in a Scottish yard. After the war, she was sold to her builders, who also operated a puffer fleet, on 24 September 1946, and renamed SPARTAN. She was employed in carrying coal and general cargoes around the Firth of Clyde and as far as Mull, Iona and Islay. She was motorised with a Scantia diesel in 1961, and remained in the puffer trade - owned from 1974 by the Glenlight Shipping Company, an associated company of J. Hay. In 1980, she was withdrawn and laid up at Bowlingham, before being acquired in 1982 by the enthusiast group the West of Scotland Boat Museum Association. In 1983, she became a museum exhibit at the Scottish Maritime Museum, Irvine, North Ayrshire. Source: Paul Brown, Historic Ships
Posted by Gerard Ward at 00:14