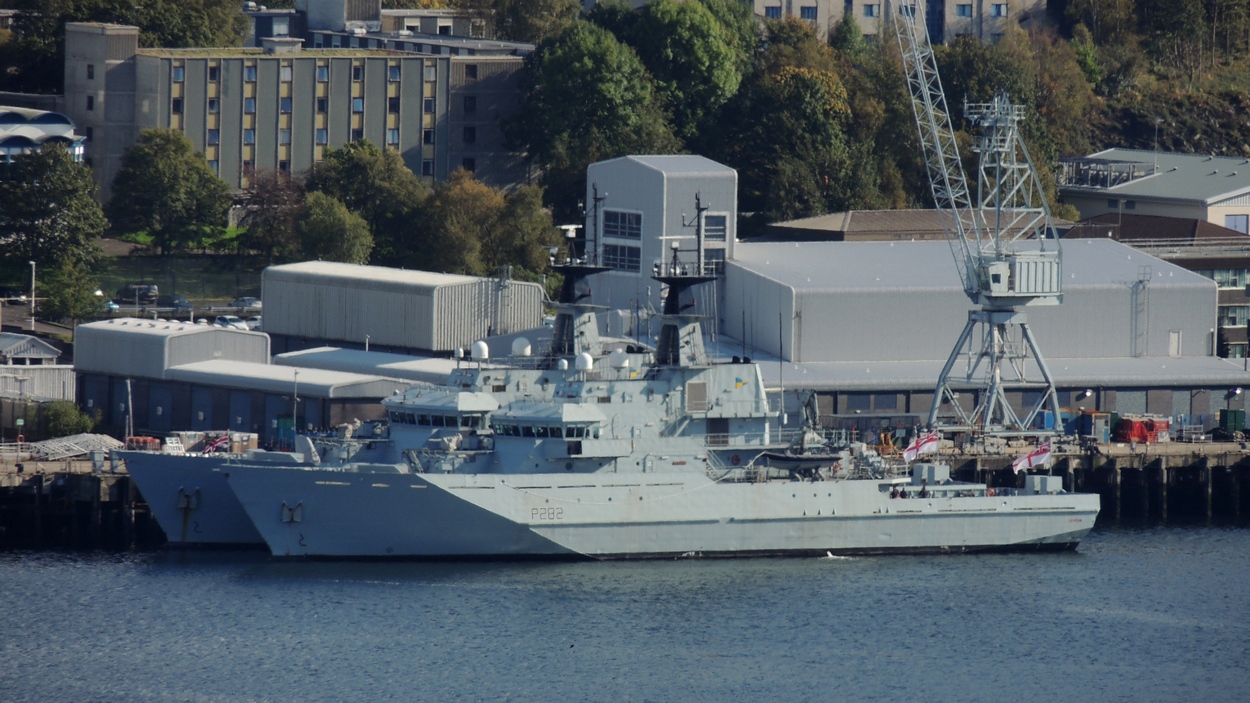 The ninth and current HMS Severn is a River-class offshore patrol vessel of the British Royal Navy. Named after the River Severn, the ship is the first to bear the name in 56 years.

She was built by Vosper Thornycroft in Southampton to serve as fishery protection units within the United Kingdom's waters along with her two sister ships Mersey and Tyne. All three were commissioned into service in 2003 to replace the five older Island-class patrol vessels.

She is seen here berthed at Faslane naval base.
Posted by Gerard Ward at 01:01