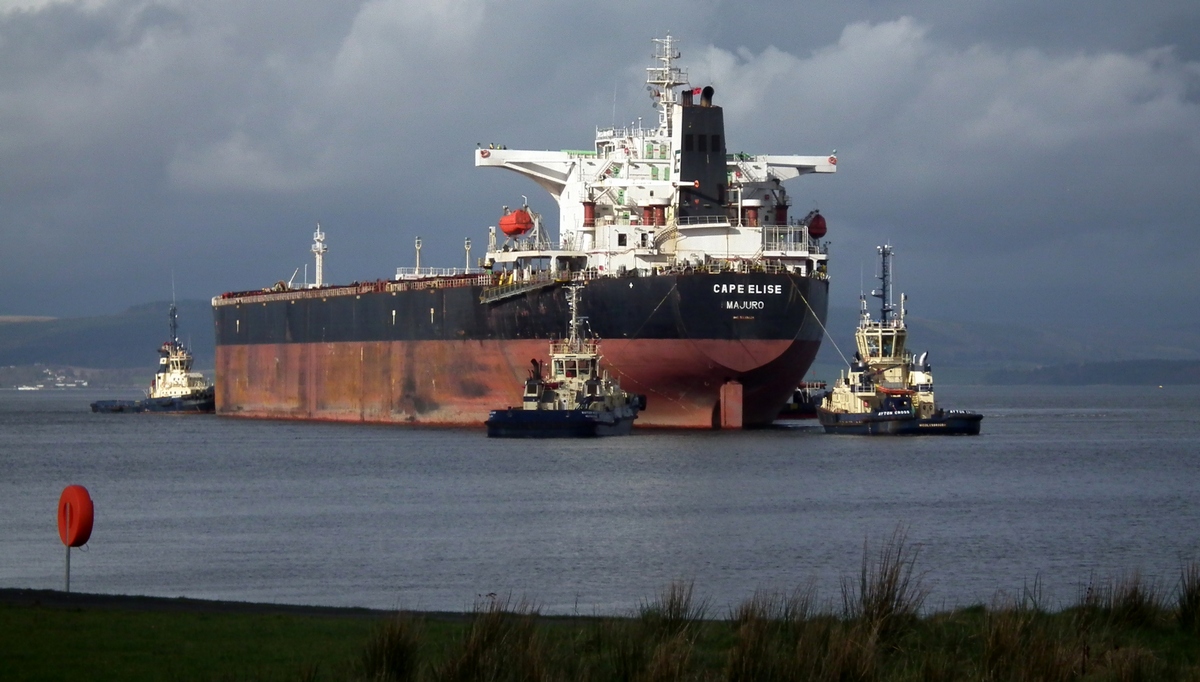 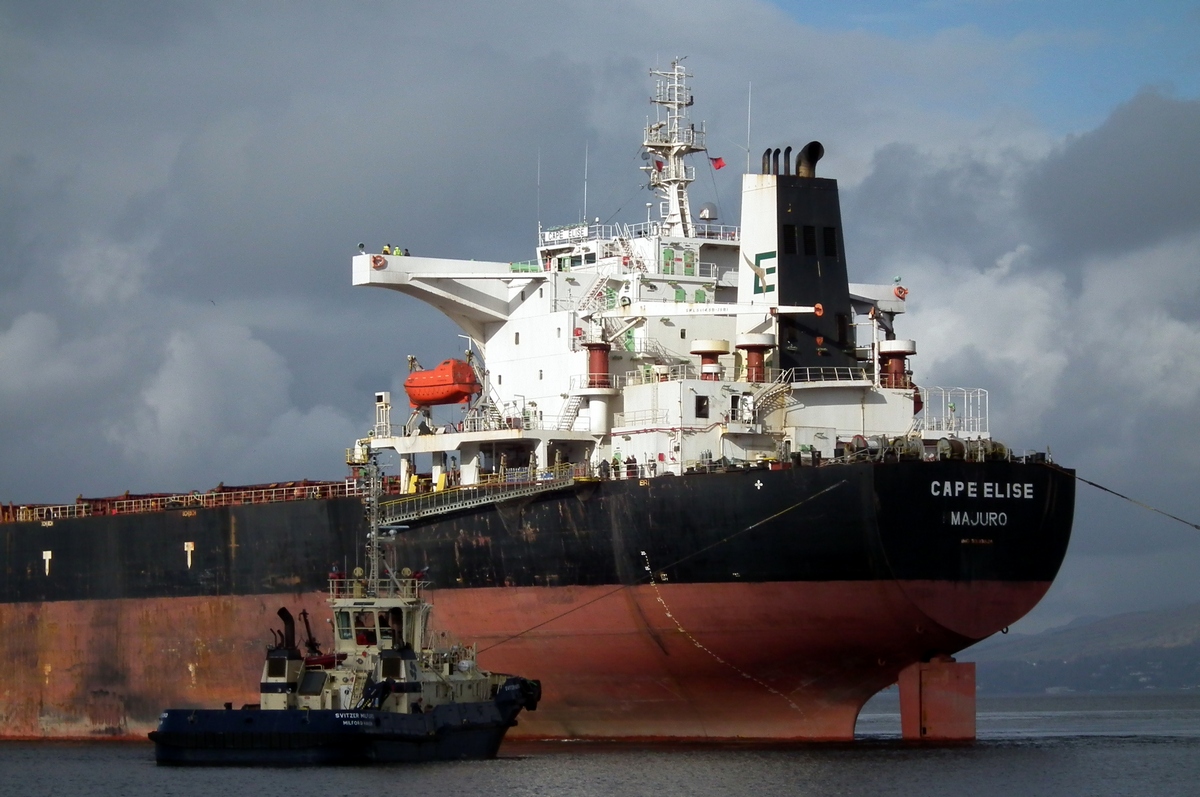 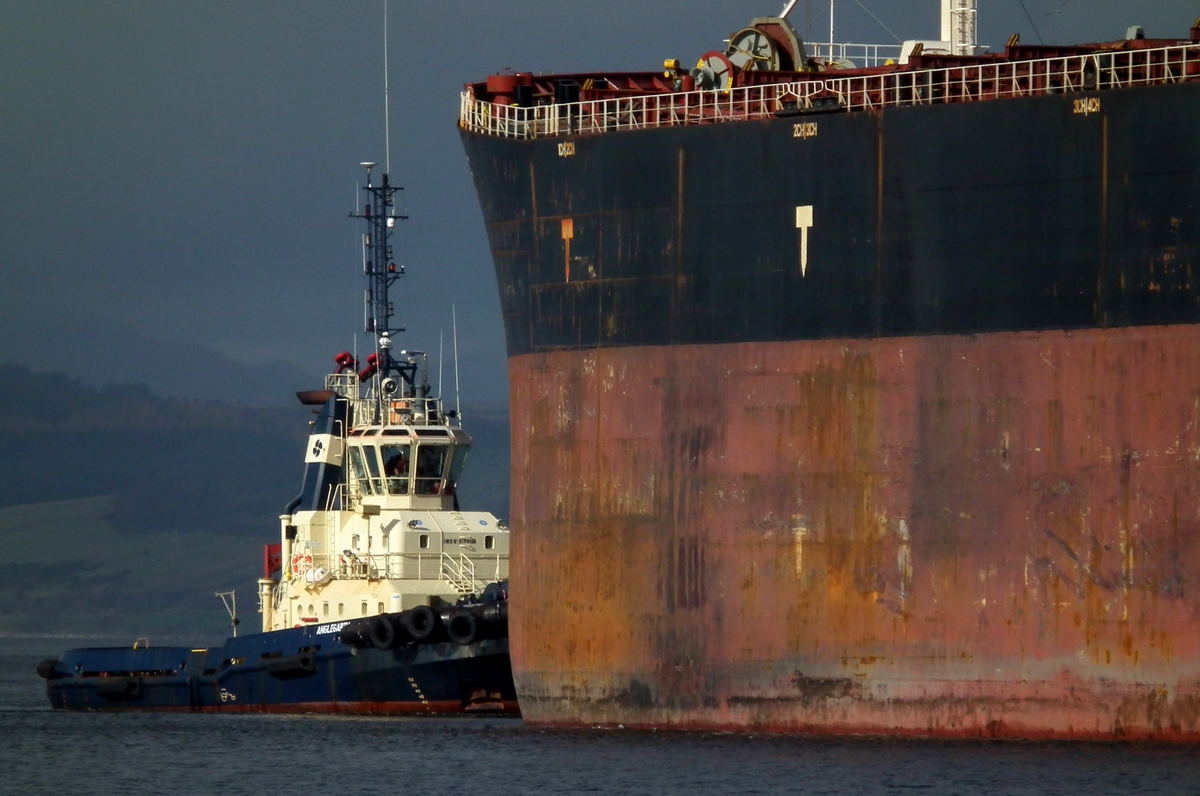 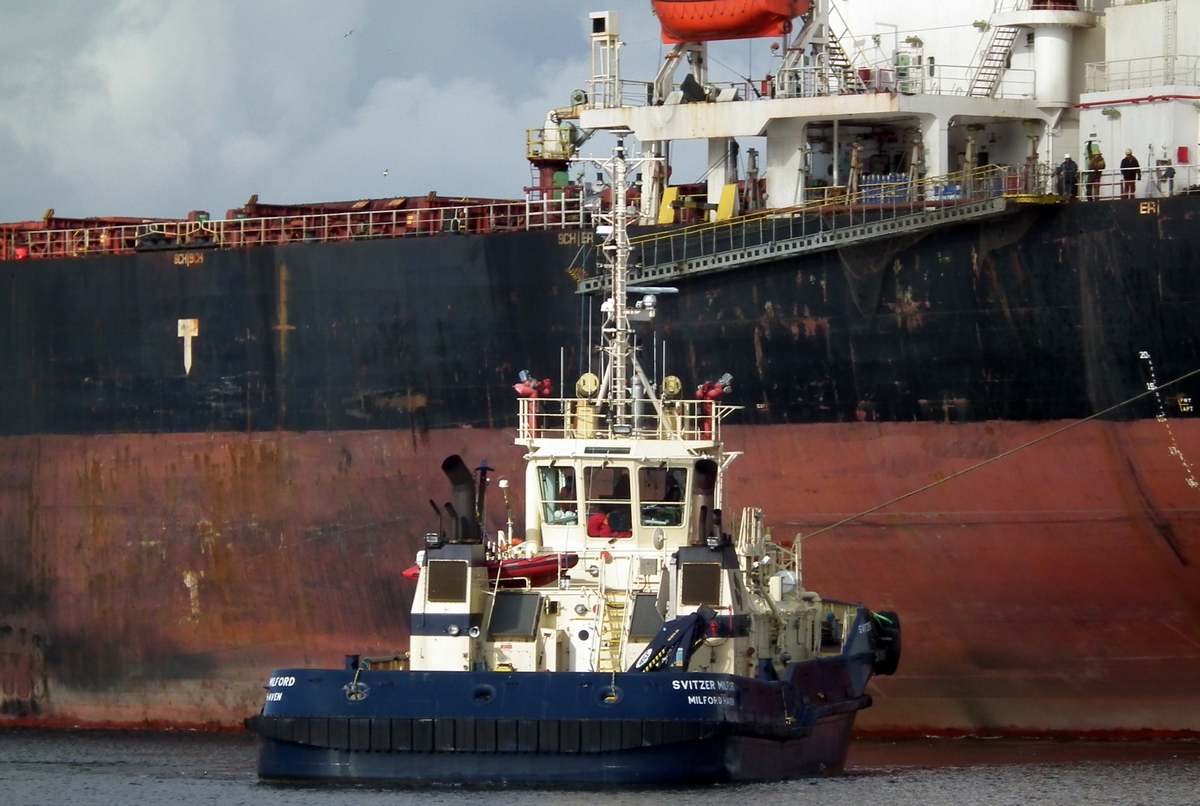 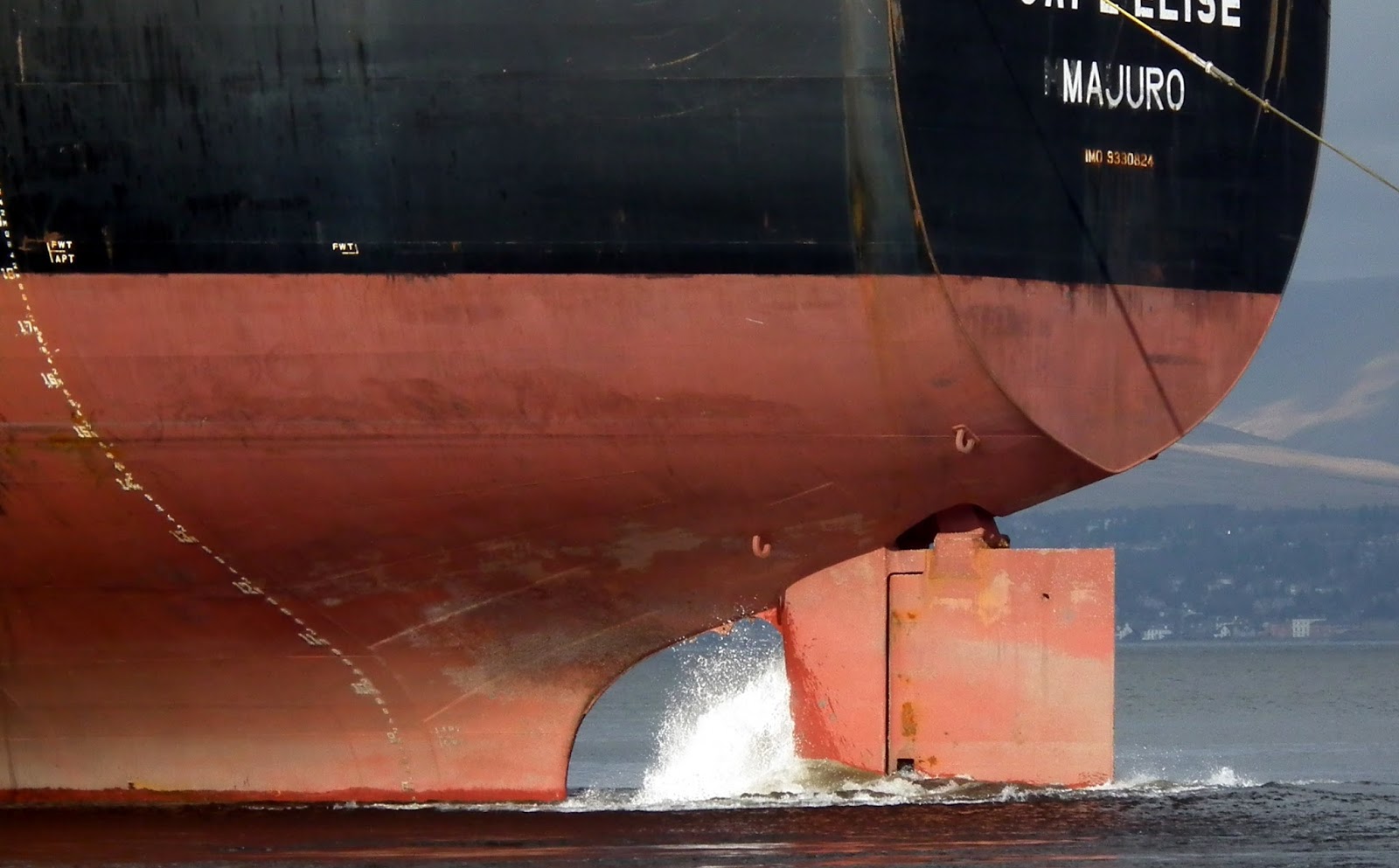 Damage caused by huge waves while she was adrift during the storm  can be clearly seen in this picture. 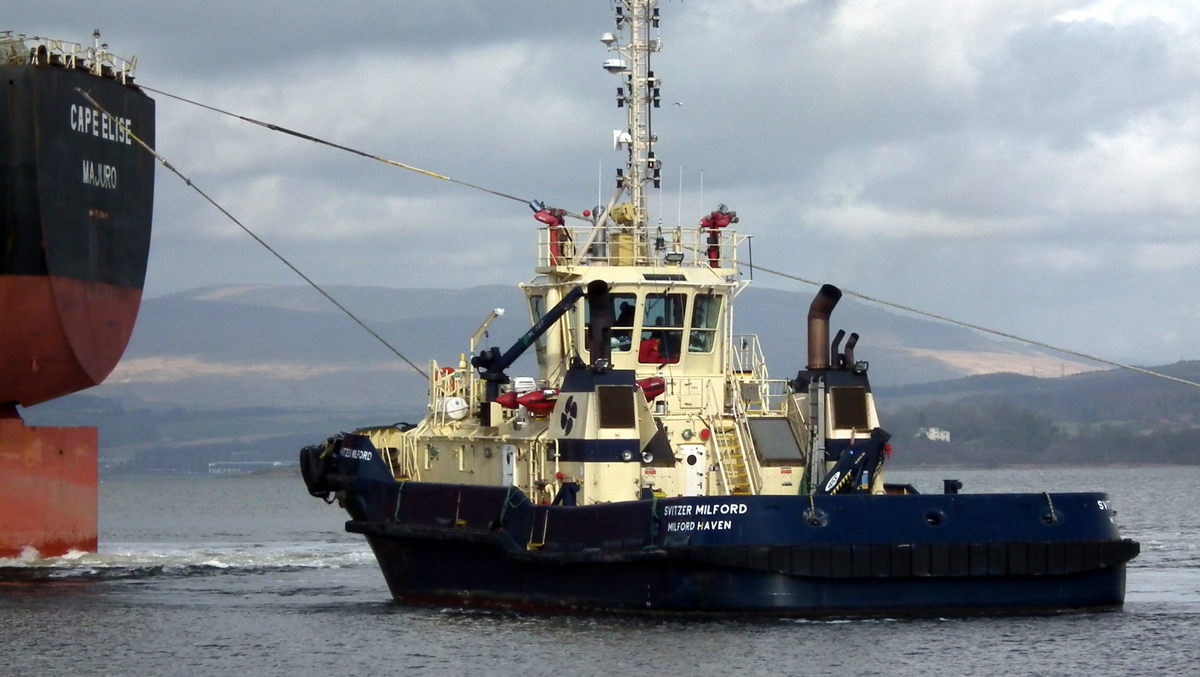 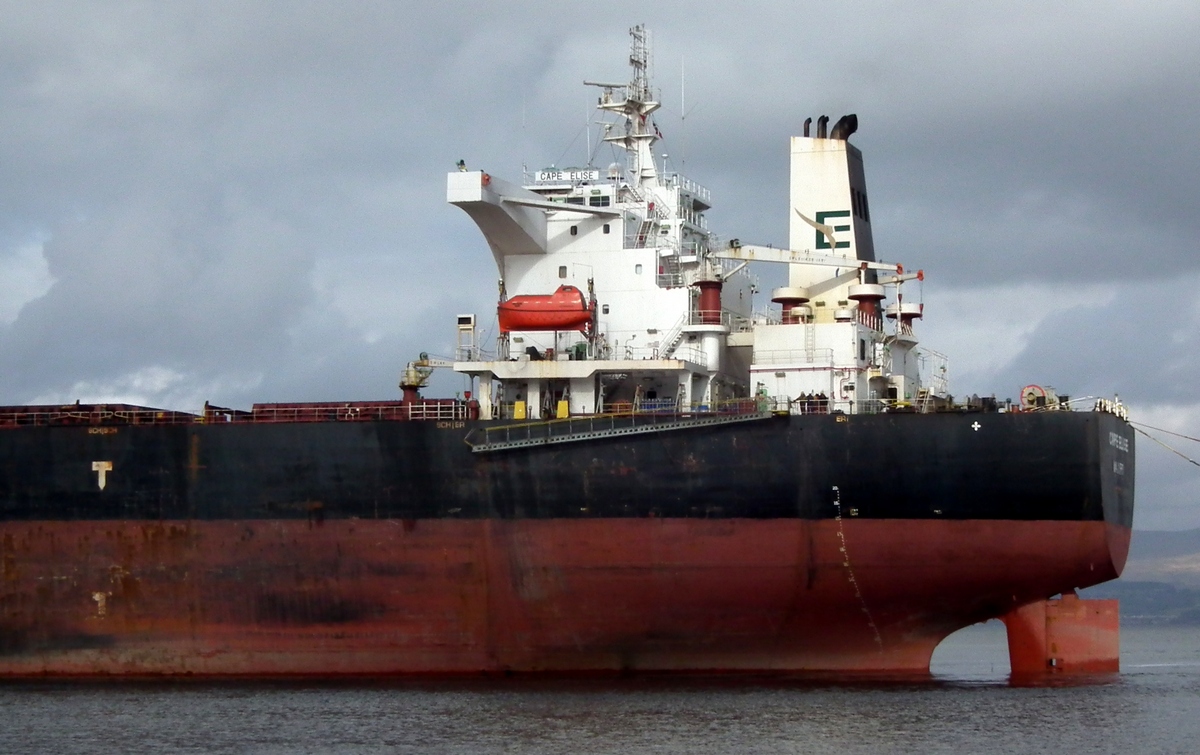 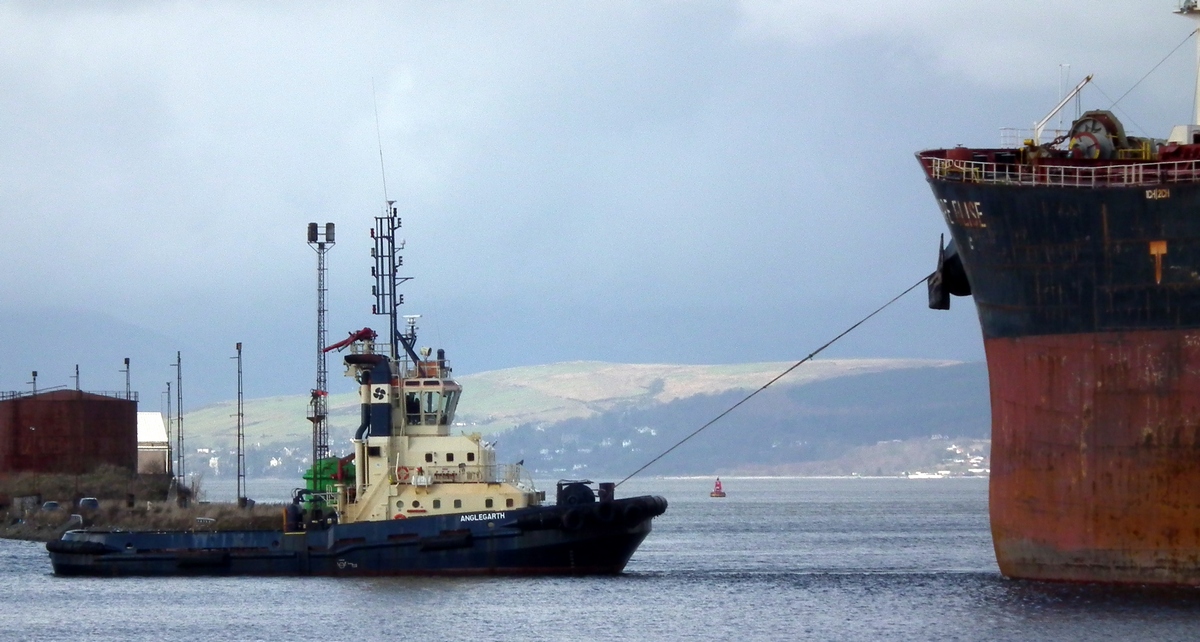 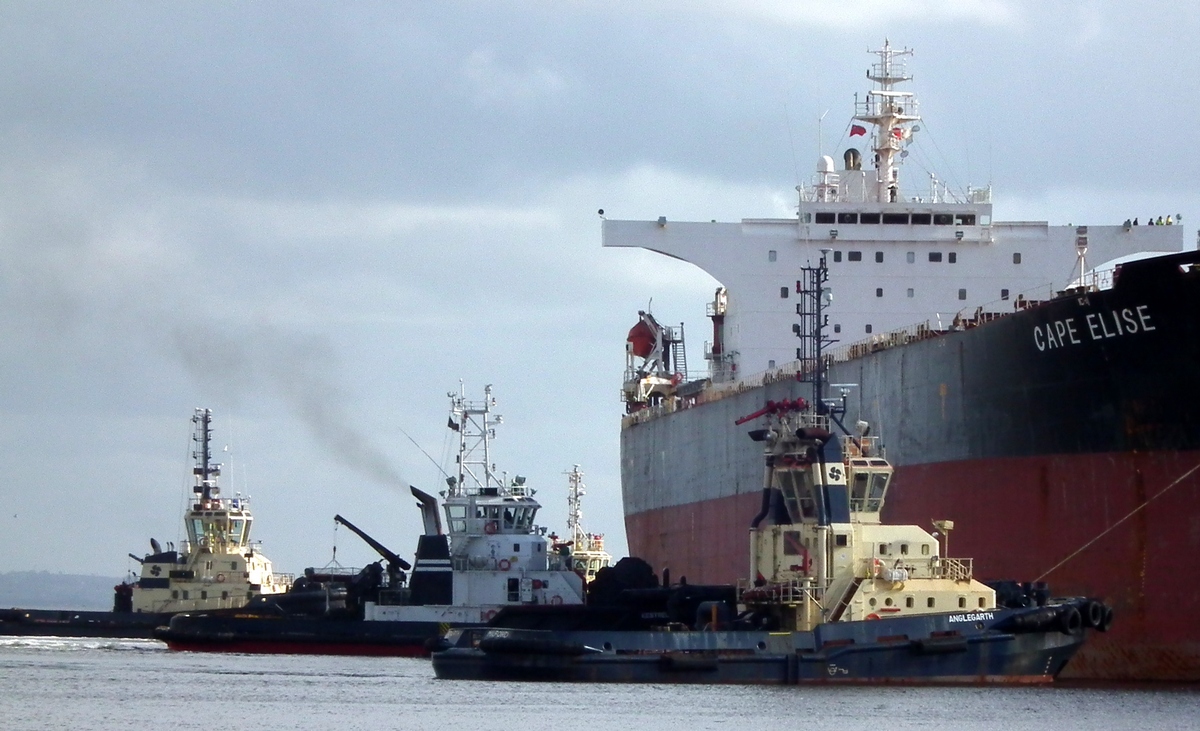 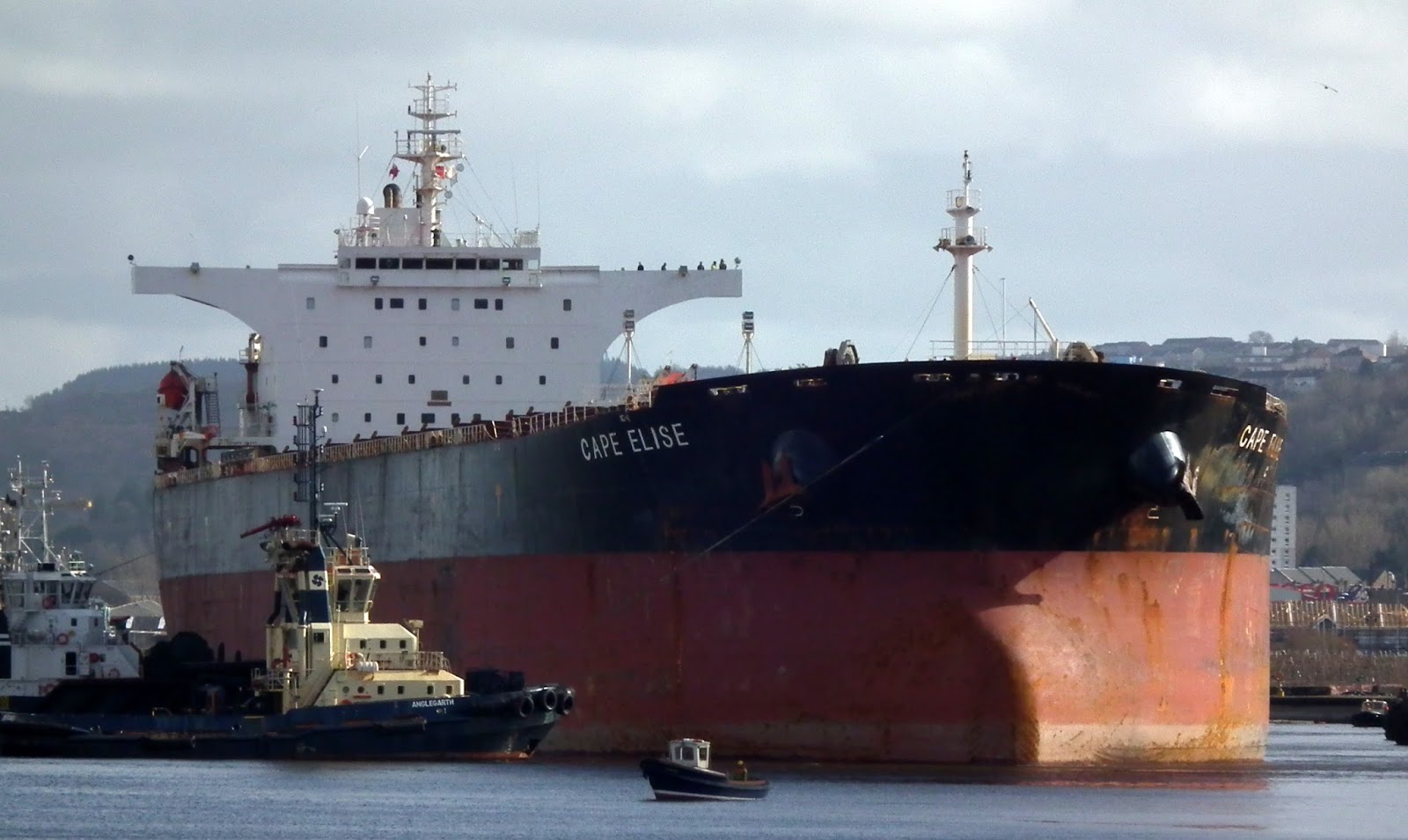 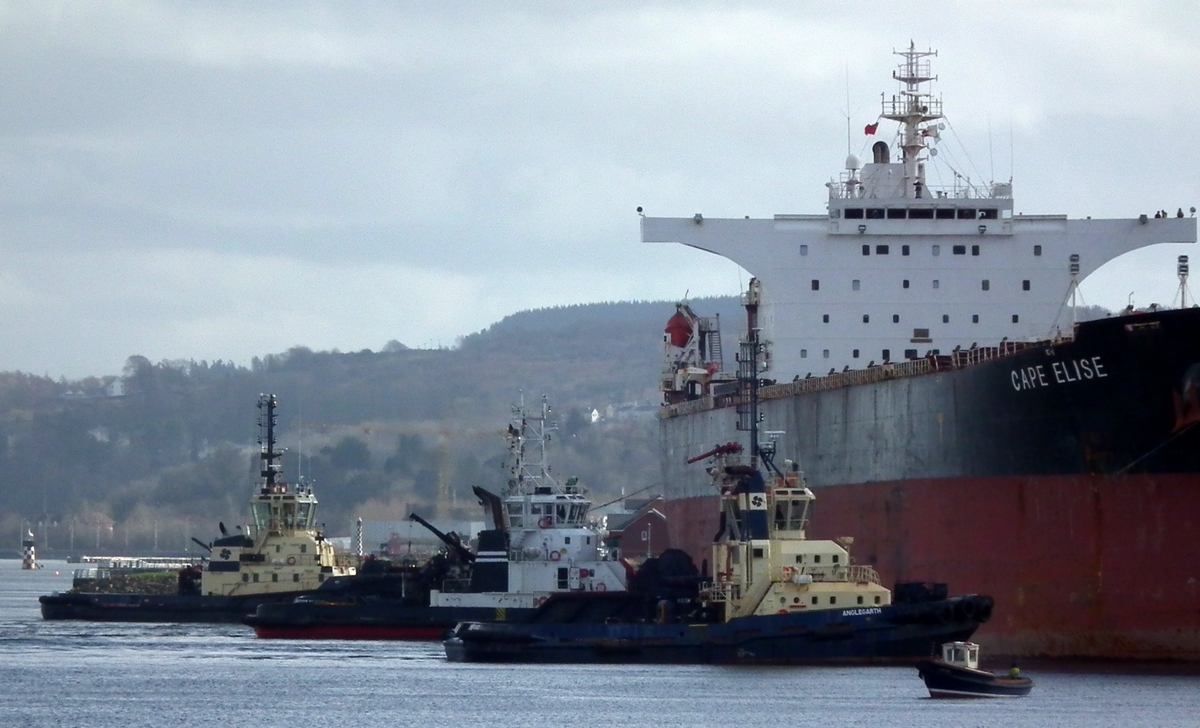 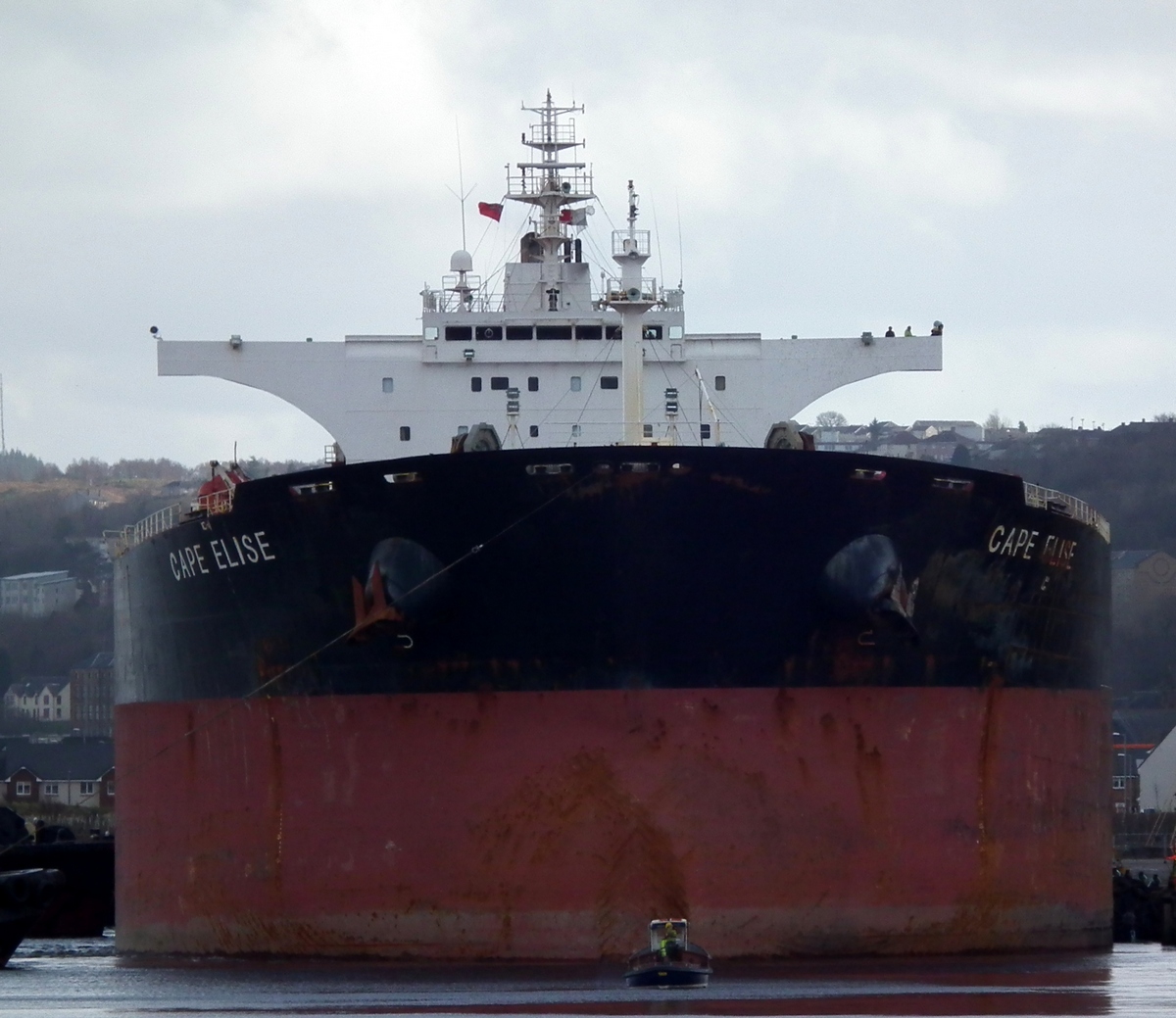 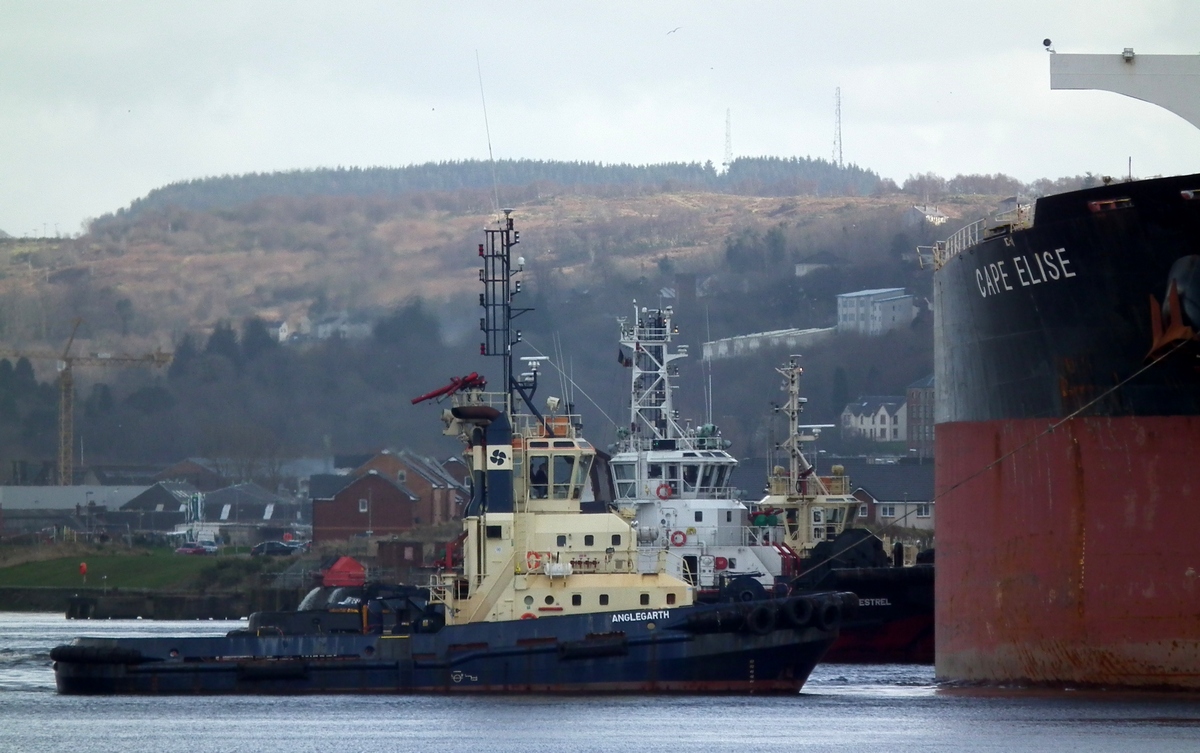 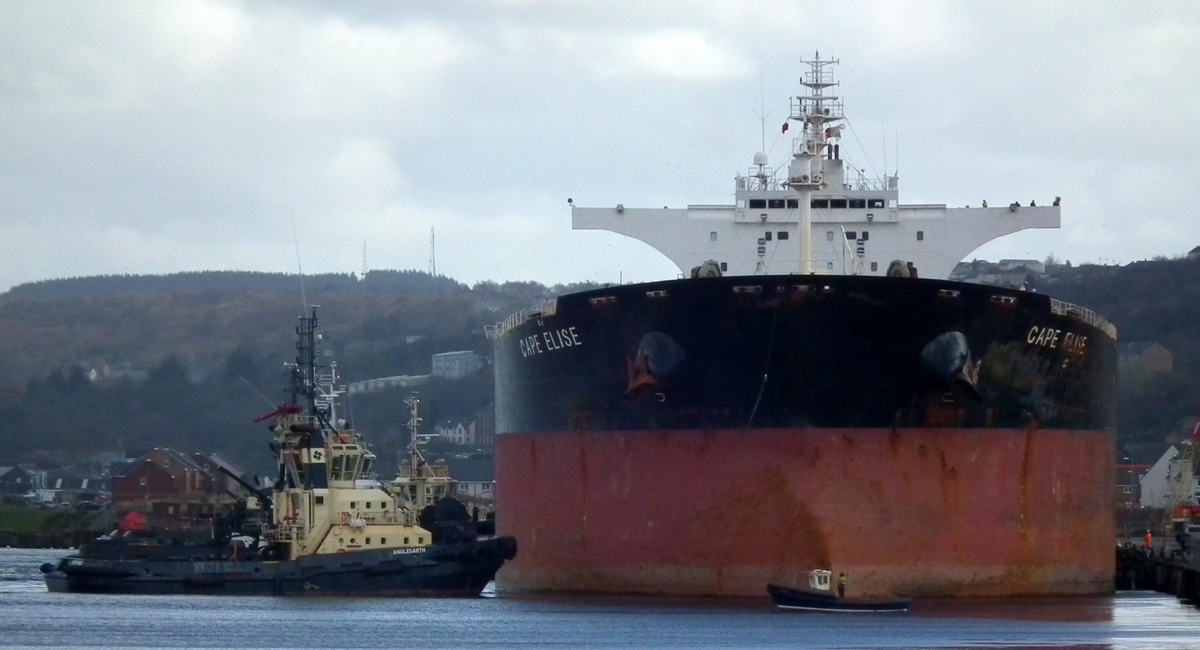 Bulk carrier Cape Elise (88853 gt, built 2005) suffered engine and steering failure and was reported to be adrift on the 11 Feb 2014 of the coast of Ireland while on her way to Hunterson Coal Terminal  fully loaded.
She was towed to Hunterson by the tug UOS Liberty were she discharged her cargo before being towed to the Great Harbour Greenock for repairs.