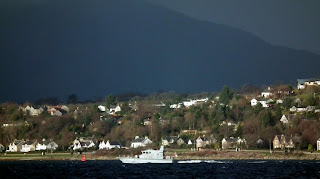 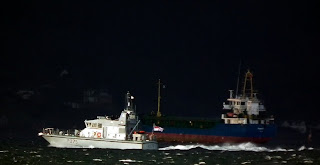 HMS Raider is one of two P2000 patrol boats that form the Faslane Patrol Boat Squadron (FPBS).  Formed in March 2010, the Squadron provides Force Protection in and around Faslane, Scotland. The squadron originally consisted of HMS Dasher and HMS Pursuer however, in September 2012 these were replaced by HMS Tracker and HMS Raider.
Posted by Gerard Ward at 21:01