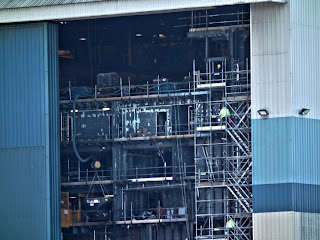 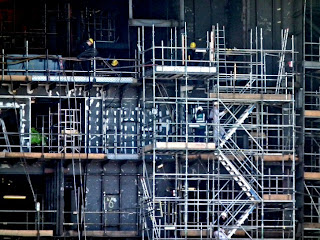 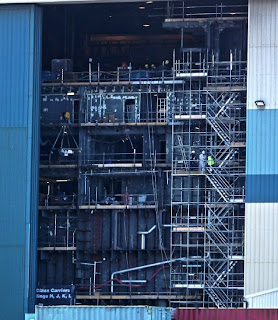 Queen Elizabeth and her sister ship (Prince of Wales) will be the largest warships ever built for the Royal Navy. They are multi purpose carriers that can adapt to complete multiple roles. Capable of carrying forty aircraft such as the F-35 Lightning II, Chinook or Merlin helicopters, they will provide a major capability upgrade from the current Invincible class carriers. Both ships of the class will be based at HMNB Portsmouth.

The modules will be transported by barge to Rosyth in Fife were the ship will be assembled.
Posted by Gerard Ward