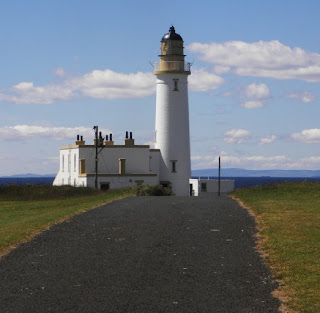 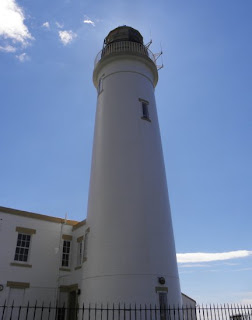 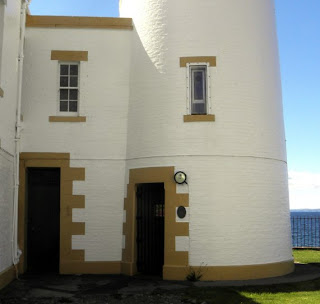 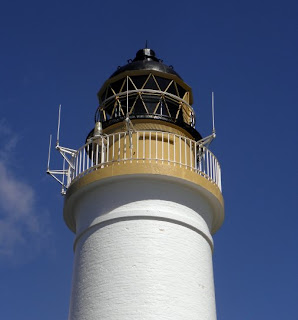 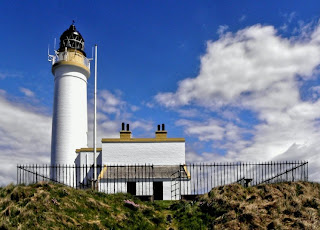 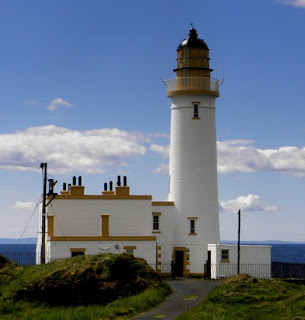 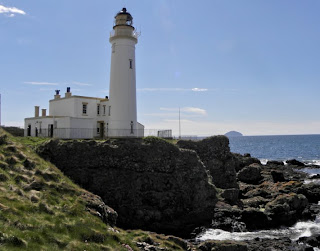 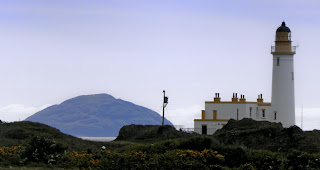 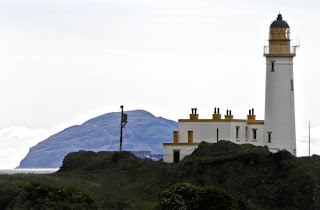 Turnberry Point is the location to Turnberry Lighthouse, which is in its self in the grounds of what was Turnberry Castle.

The lighthouse is of course a major feature of the world famous golf course in which it is situated.

The lighthouse was erected in 1873 to the designs of Thomas Stevenson. Lying on a cliff top with superb views of the Isle of Arran and the Holy Isle; however it’s Ailsa Craig the lump of volcanic rock which steals your attention most.

There is still the remains of a path which leads to a small quay among the rocks, the lighthouse and the grounds in which it lies is a beautiful and tranquil spot, just watch out for the golf balls.