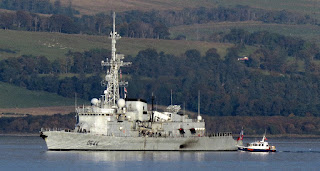 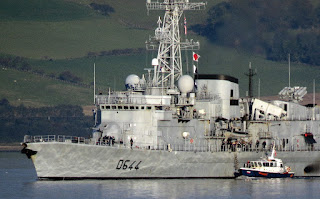 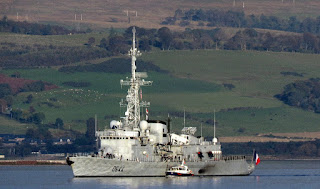 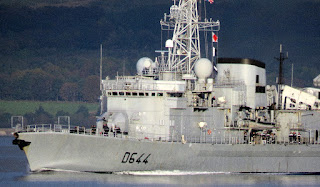 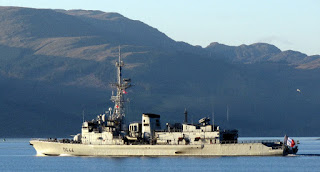 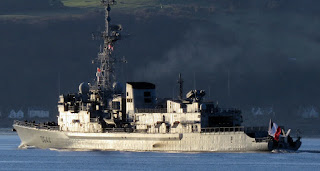 Primauguet is a F70 type anti-submarine frigate of the French Marine Nationale. She is the sixth French vessel named after the 15th century captain Hervé de Portzmoguer. She is one of the six anti-submarine frigate made in the same model, as the french frigate Latouche-Tréville.
The French navy doesn't use the term "destroyer" for its ships; hence some large ships, referred to as "frigates", are registered as destroyers.
Posted by Gerard Ward at 00:02