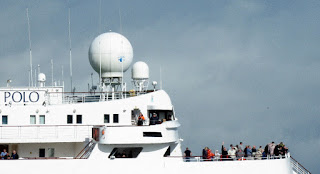 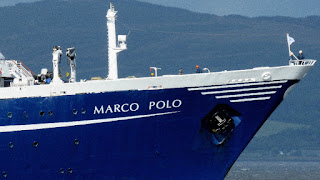 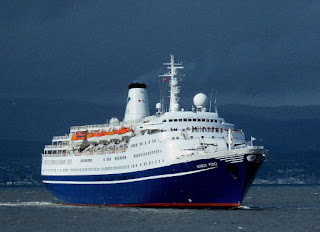 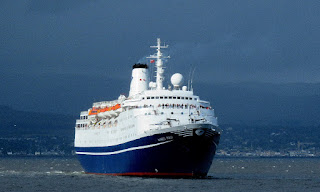 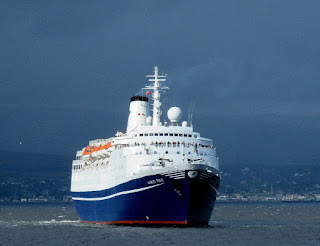 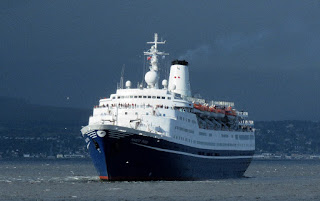 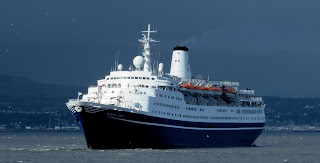 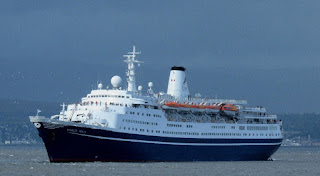 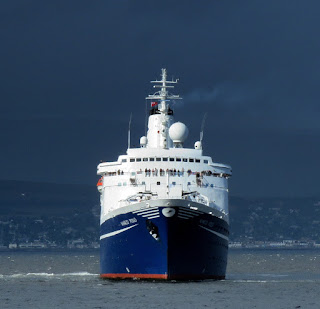 MS Marco Polo is a cruise ship owned by the Global Maritime Group under charter to UK-based Cruise & Maritime Voyages, having been previously operated by Transocean Tours, Germany.[5] She was built as an ocean liner in 1965 by Mathias-Thesen Werft, East Germany as Aleksandr Pushkin for the Soviet Union's Baltic Shipping Company. After major alterations and additions, the ship sailed as Marco Polo for Orient Lines from 1993 to 2017.

On 14 February 2014 a passenger died and sixteen people were injured after a freak wave struck the ship in the English Channel during a storm. One seriously injured passenger was taken off by helicopter. The ship was heading to Tilbury with 735 passengers and 349 crew on board
Posted by Gerard Ward at 00:00